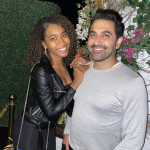 Hi, welcome to Supernatural Wiki! Thanks for your edit to the Croatoan page.

Hey, I banned him for life on this wiki. If you are being hounded by him on other wikis, it's best to contact the Staff to block him across Wikia. You can never be too careful. :) RaghavDAll I need is ONE life, ONE try, ONE breath, I'm ONE man 12:28, September 15, 2013 (UTC)

i know that you really wouldnt want to do it, but is there any chance that he can get one very last chance? as a person who is well aware of his behavior and watched it, i believe that he made a snide comment that was misinterpreted, which lead to a few of them being offended with them taking it as an attack, and him taking it personally that they didnt like his snide comment (and wouldnt lay off of him over it, even after he explained himself to them). he can be cruel (im well aware of this), but i dont think that hes even capable of having 'drama starting' intentions like some think. if anything, i think that it could possibly be helpful for both of you if he were unbanned (with him getting a chance to apologize to everybody for the misunderstanding). thank u so much for taking your time to read this, and i hope you keep it up with the moderating! i like your name by the way.

to be honest, ive seen far worse users in that chat than him who have said far worse things that havent been banned. the worst that the guy does is toss out the occasional snide comments that gets misinterpreted. hes not as bad as ppl make him out to be. im sure that he would even be better if ppl actually were to get to know him better on there. Degrassifan31 (talk) 21:58, April 19, 2015 (UTC)User:Degrassi3121:58, April 19, 2015 (UTC)

is this how you always are when dealing with a user? a good moderator (which u r) is supposed to sort out problems, rather than try to make things more difficult. that doesnt always involve tossing out the ban hammer on users as well. y not try to help Titansfan345 out than make things very difficult? give the guy a chance to apologize for creating mischief.

trust me. talk this ban over with him. the guy cant harm you in any way, nor would he want to if he could. i think that both of u would be happier if it gets negotiated (which is obviously what you both want). hes in the community central chat.

Retrieved from "https://supernatural.fandom.com/wiki/User_talk:ThisOnePerson?oldid=148635"
Community content is available under CC-BY-SA unless otherwise noted.