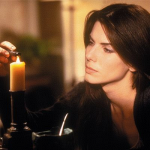 Hi, welcome to Supernatural Wiki! Thanks for your edit to the Spells page.
Please leave a message on my talk page if I can help you with anything!
Also note that we are in the process of converting articles written in the present tense to the past tense. So you are welcome to edit any such article you come across. Once again, Welcome! FTWinchester (talk) 20:23, February 15, 2015 (UTC)

I  don't ever recall any character or episode in Supernatural that talks of White Magic and Black Magic. I don't think it should be shoved on the page without any presence in the actual show. I believe it's why it was removed the first time, as the page's history shows, stuff like that was removed due to bias and being non-canon.

Nor have I heard Sam and Rowena stating that Earth is a powerful source of Energy. In fact, no-one ever said the source of magic in general in Supernatural. There has never been a statement on the origins of magic, much less a source. Gabriel456 (talk) 23:52, March 9, 2015 (UTC)

Admin Td5 here. I have seen the many edits to the Witch page. My concerns are this for ALL pages.

1. To remove personal ideas or bias out of descriptions. 2. To report only in-universe material and terms on to articles. 3. To not let outside beliefs or ideas to be a factor when describing the series religion(s), etc.

Like I was messaged about there being Black and White magic on the page. Now yes a few times witchcraft or magic has had those terms. But Nora the victim's mother called her practices white magic in the episode Repo Man. With Doc Benton the scientist that achieve immortality through science not through what Sam called (Black Magic). But most call magic abilities or power or mojo. I will look at your edits and see what if anything need correcting or changing. I do thank you for your edits though.[[User:Twilight Despair 5|]] ([[The God of Creation]]) (talk) 21:54, March 16, 2015 (UTC)

Retrieved from "https://supernatural.fandom.com/wiki/User_talk:Sally_Owens?oldid=146165"
Community content is available under CC-BY-SA unless otherwise noted.