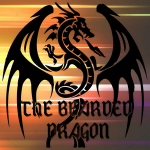 Ok guys, I've not messed with swear words. I did create those edits. I thought these were constructive edits. I'm sorry for making you think that I would make anything worse. I don't recall touching any pages with swear words and I apologize if I did. I'm sorry we got off on the wrong foot here. Not the impression I was trying to make. Sorry again. Metalworker14 (talk) 01:28, August 24, 2017 (UTC)

I thought you were talking about those who had their souls sucked out by the Darkness. But adding that to all those angel pages is impractical and would break the WikiActivity again. Zane T 69 (talk) 18:29, September 5, 2017 (UTC)

Yeah, sticking to people with no souls would be best. If you'd like, you could contact WarGrowlmon18 for ideas or a second opinion on the matter. He is our best contributor and very experienced, so his input would be greatly beneficial. Zane T 69 (talk) 01:24, September 6, 2017 (UTC)

You have been blocked for three days, for vandalism and ignoring a previous warning. Do not censor curse words out just because you don't like them, that is nothing more than vandalism and will not be tolerated. Zane T 69 (talk) 18:54, October 30, 2017 (UTC)

Ok. I swear to you. I only added the bulletpoints to that list. I believe that the cuss words do that automatically with my laptop. I'll try and fix it, but I apologize for this. In the meantime, I'll stay off the Wiki. Metalworker14 (talk) 15:32, October 31, 2017 (UTC)

Retrieved from "https://supernatural.fandom.com/wiki/User_talk:Metalworker14?oldid=367095"
Community content is available under CC-BY-SA unless otherwise noted.