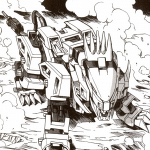 You have been blocked for three days, for inserting false information/speculation into the Billie page. Zane T 69 (talk) 03:30, November 11, 2017 (UTC)

I did not place false information/speculation. Billie is now Death. It was explained in the show that she is Death. Death isn't an ordinary reaper of any sort, death is a horseman and the physical and personififed manifestation of the concept of death. while death can reap, he isn't a reaper as much as this wikia doesn't call castiel an angel but a seraph. Not speculating, billie has a horseman's ring. not false, it is in the episode. Lygarx (talk) 18:55, November 13, 2017 (UTC)

There's a discussion on Billie's talk page about whether to call her a horseman or not.  The consensus was to wait for further information, so for now, it can be considered speculation. Dtol (talk) 19:05, November 13, 2017 (UTC)

That was enough for a block. You were an experienced user putting speculation into articles, and several of your edits had been reverted for the same reason. Also, don't remove block records, it allows us to keep track of user behavior. Zane T 69 (talk) 16:59, November 14, 2017 (UTC)

I have also added many more worth worthwhile contributions. A little heads up would have been better. This is just disrespectful. how much evidence is necessary to satisfy a confirmed fact and what is the line between spectulation. Should we add citation notes? Should you instead make rough drafts of certain pages and the actual page is protected to prevent multiple people from editing all at once. Sometimes, when I go in while someone else is editing, it causes a huge error and ruins the page format.

Retrieved from "https://supernatural.fandom.com/wiki/User_talk:Lygarx?oldid=264627"
Community content is available under CC-BY-SA unless otherwise noted.