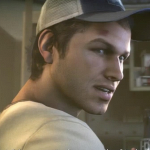 Hi, welcome to Supernatural Wiki! Thanks for your edit to the Talk:Death page.

I would appreciate it if you met me on chat.

Other than the talk pages and the character pages itself, I don't go on this site and have no idea how to navigate through it.

It's easy. Go to the top right-hand corner, and click on the tab that reads "Chat!". Please, it's necessary.

Attention, Fellow editors of this Wiki, I am sending you this message, to draw your attention to present discussion over whether or not to allow the fan fiction page "Winchest" to remain on this wiki or not, as this is an important issue, I, as do all the other users, invite you, to state your opinion on this issue, I personally do not mind if you argree with me or not, on this matter. I will not take judment on your views, but I feel they should be stated, as this is an issue which could change the very future of this wiki, and as loyal contributors, we all have a right to state our view on what happens to this wiki, and what its future is. Thank you.

You said, in one of the threads on God's talk page, that Death's comment of, "the end", constitutes the absolute end of all forms of life. I have a question, though. What does this mean for Angelic beings who live to this period of "the end?" For, they're immortal, and won't naturally die. So, does Death plan on reaping everything living? -- ImperiexSeed, 9:52 PM, March 16th 2013

Yes. Technically the reapers will reap the humans. Death will reap everything else that is already dead, like the souls already in Heaven, demons and monster souls in Purgatory and any "immortal" being.L4D2 Ellis (talk) 04:57, March 17, 2013 (UTC)

I can see Death reaping ('slewing') every living thing--Angels, Seraphim, Cupids, Archangels, demons, and monsters--, but I don't believe he can reap God. But, here, we'll have to agree to disagree. Thank you for your time. -- ImperiexSeed, 7:36 PM, March 17th 2013

There is no evidence pointing to the contrary, which you seem to believe. Death is the embodiment of death itself, which is the finality of everything. No one besides Death himself should be able to escape what happens to everyone and everything. Demons, angels, other gods and monsters are all believed to be immortal, but we see that it is not the case. The writers have never stuck to lore 100%, so what makes God in the SPNverse any different? They already went with the direct opposite of what happens to Death in lore. Every time this debate comes up, people seem to treat Death saying that he'll reap/kill God as if he'll one day up and murder Him. Have you ever considered the idea that God himself would accept dying as it's supposed to be the Natural Order of things? God created life and Death takes it away. Wouldn't it make sense for the embodiment of Death to kill the one who created life? For all you know, Death didn't just up and decide that he'll reap God in the end. It could've been a deal both made to preserve the Natural Order that likely both created the rules for. That could explain why Death is such a stickler for the Natural Order. L4D2 Ellis (talk) 01:17, March 18, 2013 (UTC)

Just clicking on UNDO will revert the previous edit. Anybody can do that. Admins have an extra feature called ROLLBACK that basically does the same function as UNDO except it finishes with just a click.RaghavD Taking the ROAD less travelled 17:08, June 26, 2013 (UTC)

It still needs continuing but if you like, take a look at my blog, eve of monsters and queen of purgatory, it will, hopefully be a book.

I would severely like you to understand something; if this series' God is based on the Judeo/Abrahamic God, then there's nothing really the writers could do without contradicting the predication of their God for the show. If he's not based on this God, then fine, Death could kill him and he could be harmed like any "god." Or, they could go and rustle and cherry-pick things from this God while not taking the character wholly as their reference. -- ImperiexSeed, 7:41 PM, March 4th 2014

I think they based a few things on the Judeo/Abrahamic God, but I don't think it's as closely based as you think. He still seems to pretty general to me and they're only following some lore due to them doing the same with any other mythology, but they will twist it in whatever way that works on the show. L4D2 Ellis (talk) 01:33, March 5, 2014 (UTC)

Retrieved from "https://supernatural.fandom.com/wiki/User_talk:L4D2_Ellis?oldid=112183"
Community content is available under CC-BY-SA unless otherwise noted.