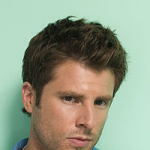 Hi, welcome to Supernatural Wiki! Thanks for your edit to the File:200px-Shawn Spencer.jpg page.

You and I, is there something wrong, are you like mad at me? Also, explain how Azazel knowing Dean had angels "hovering" over him didn't imply he's chrokinetic, please. ImperiexSeed, 7:43 PM, May 9th 2012

Hi, I need you to do something. It's about the blog, it needs official info;so, what I'd liked you to do, is to, in a comment, list known Lilith feat has ever done, and I'll do Azazel's. From that, hopefully users will reconsider otherwise. -- ImperiexSeed, 6:12 PM, May 13th 2012

Ah. Well, um, ImperiexSeed welcomes you back, then. Hopefully you had fun/and or successful at whatever it is you were doing. So, um, I can't think of any right now, so...tell you what, I'll give you a holler when I get something. -- ImperiexSeed, 8:32 PM, May 24th 2012

There's something that MUST be discussed between us, as the productivity and efficiency of a particular page. Meet me on chat as soon as you read this. -- ImperiexSeed, 9:29 PM, May 25th 2012

I saw, basically, you re-did my post. If you want to get all technical, fine. Even in the N.I.V., God's spoke Adam into being, after saying, "Let us make mankind in our image, in our likeness, so that they may rule over the fish in the sea and the birds in the sky, over the livestock and all the wild animals, and over all the creatures that move along the ground." And, subsequently, God created man and woman in his imagine. Nowhere, in this version, does it imply that God made them with his hands. In some Bibles, the word "formed" is used, implying usage of his right hand. You may want to get your facts straight, before scrutinizing my edits. -- ImperiexSeed, 12:25 PM, March 14th 2013

Technically, God doesn't have hands, since He is a spirit, without form. What I meant was, all of Creation was formed by God's word except man. In man, the Bible implies in a number of places that God took more care in forming. For example, rather than creating Adam ex nihilo, God formed him from something that already existed (dust). Same thing with Eve (Adam's rib). David writes that God "knit [him] together in the womb." God also opens and closes the womb of women at will, so it can rightly be said no human comes into existence without God specifically creating them. Also, ESV is more accurate than NIV in most cases.

Personally, I don't think fairly and accurately representing each monotheistic religion is "getting all technical." Your post was extremely biased towards Christianity. I am a Christian, and love to discuss it. However, I respect the right of others to believe what they want even though I think they're dead wrong. And on a wikia with no religious affiliation, it is only fair to represent what each of them believe in a section about lore on the Abrahamic God. Personally, I don't think Allah is God. I think he's a demon that "appeared as an angel of the light" to Muhammad. But I didn't say that because a public page isn't the appropriate forum in which to discuss that. KevinTheDestoryer (talk) 20:09, March 14, 2013 (UTC)

I'm also a Christian. Well, yes. All other gods are simply demonic empowered concepts. The Bible says worships of other gods is equivalent to demon, or Satan, worship. So, yes, worshiping Allah, or Buddha, is actually the worship and reverence of demons. -- ImperiexSeed, 4:25 PM, March 14th 2013

Thank you, KevinTheDestroyer. Much obliged. After I copied and pasted it, splurging it into his PM box, I removed that particular message from my talk page, as it, being specifically directed at him, possesses no relevance to any Supernatural information. -- ImperiexSeed, 6:48 PM, March 14th 2013

Retrieved from "https://supernatural.fandom.com/wiki/User_talk:KevinTheDestoryer?oldid=71983"
Community content is available under CC-BY-SA unless otherwise noted.