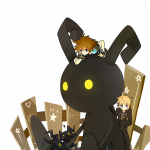 Hi, welcome to Supernatural Wiki! Thanks for your edit to the User blog:EmpyreanSmoke/Supernatural Q&A page.
Please leave a message on my talk page if I can help you with anything!
Also note that we are in the process of converting articles written in the present tense to the past tense. So you are welcome to edit any such article you come across. Once again, Welcome! Twilight Despair 5 (talk) 02:00, August 16, 2015 (UTC)

just wanted to say nice edit to the Omnipotence page I haven't had time to edit because people here don't know anything about omnipotence. Beyonder (talk) 11:38, December 31, 2015 (UTC)BeyonderGodOmnipotent

Don't edit ImperiexSeed's profile without his consent. If he puts false, rude, or cuddle info about you or someone else let me know ok? You doing it can get you ban, under vandalism as it removing from a personal account. I get it he might annoy you, but remember you don't want to get in trouble yourself. I have to inforce the policies evenly I can't play favorites.[[User:Twilight Despair 5|]] ([[The God of Creation]]) (talk) 03:46, January 6, 2016 (UTC)

Fair enough, he is just so creepy for thinking Jensen Ackles and Genevieve Padalecki should be together, I think they would know if they like each other before they married other people.Kaestal (talk) 03:51, January 6, 2016 (UTC)

Nope no ban, but if I see it again by policy I have to enforce it. The reason Imperiex got a year long ban, he broke the rules, wasn't his first block on the issue, rude and improper actions and language, and I have given him enough chances. EmpyreanSmoke's people asked for a census and it was taken out of my hands, I just enforce the decision.[[User:Twilight Despair 5|]] ([[The God of Creation]]) (talk) 02:29, January 8, 2016 (UTC)

Fair enough, I personally just don't see him returning and not inevitably doing this again, but I guess having an intermidiate punishment is more fair. Kaestal (talk) 18:07, January 8, 2016 (UTC)

It was just an idea that I had to block Seed from editing Dean or Sam's various pages or relationships, but I don't know if that is doable.Kaestal (talk) 18:17, January 8, 2016 (UTC)

Hey man, I think you are a pretty good user. Unlike ImperiexSeed, you never used offensive language and only did 1 wrong thing and after the warning you didn't continue to do it again. You shouldn't be banned. Don't worry. Also Abdel always supports Imperiex I don't know why. SeraphLucifer (talk) 01:56, January 8, 2016 (UTC)SeraphLucifer

Hi Kaestal, I am doing sort of a survey, I just want to learn your opinions about my edits, if you could reply I'd be grateful. SeraphLucifer (talk) 18:02, January 25, 2016 (UTC)SeraphLucifer

She lied Crowely about being on his side and she is most definitely playing Dean like a freaking fiddle, he needs to start thinking with his brain head and not the other one.

She also said one second that she has a lot of problems the creation while later saying she has zero problems with it.  Kaestal (talk) 19:02, January 25, 2016 (UTC)

Retrieved from "https://supernatural.fandom.com/wiki/User_talk:Kaestal?oldid=264629"
Community content is available under CC-BY-SA unless otherwise noted.