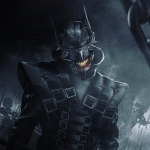 Thanks for the heads up. I think the more senior admins Caleb or RaghavD blocked the user already, though. Sorry, I just got home. But your warning is very much appreciated. FTWinchester (talk) 02:52, November 23, 2014 (UTC)

Blocked. Thank you so much for your vigilance. I will take keep your participation in mind. Stay awesome. FTWinchester (talk) 03:51, December 3, 2014 (UTC)

I'll check out the edits and see what is correct and what is bias opinion or from non canon outside sources or series. After I'll inform them of policies and if they ignore it I'll take more serious action then. But might not get to all of it till tomorrow, sorry.[[User:Twilight Despair 5|]] ([[The God of Creation]]) (talk) 01:17, March 16, 2015 (UTC)

Gabriel456 is so pathetic he can't handle others' opinions and has to ban them for it and also mass delete comments that aren't even related to the subject at hand. Lmao at the patheticness.

Hey, Gabriel456. After I lost my admin rights a while back, CalebChiam said that later on, if the community was alright with it, he would return my rights. It has been nearly half a year since then, and I am requesting my rights back. I am leaving a message on the talk pages of established users, to see who is and isn't alright with me becoming an admin again. Twilight Despair 5 said that he is willing to give me another chance, and said he sees that I have improved since that time. RaghavD said he wouldn't be comfortable with me being an admin, however. FTWinchester said that the wikia needs a lot of help, and would be comfortable with me having rights, but he is unsure about the admin rights. I know I messed up last time, but I am asking you to give me another chance. I think everyone deserves a second chance, and promise I won't do anything to mess it up this time. What do you say, will you please give me another chance? EmpyreanSmoke (talk) 21:37, May 23, 2015 (UTC)

Hey, Gabreil456. How's it going? I set up an RFA a while back when I was thinking about befoming an admin again, and forgot that I made the page until now. Would you mind sharing your thoughts on the page? Thanks so much. EmpyreanSmoke (talk) 00:07, September 18, 2015 (UTC)

Lucifer's presence is what activates his powers, so he is only that powerful than Lucifer is out of his cage. EmpyreanSmoke (talk) 01:02, September 25, 2015 (UTC)

So you know, no I do not have anything against brackets or anything like that. Earlier before I did it there actually was no link at all so I was just fixing that and I know because I clicked on it and nothing happened. Its not exactly nice to talk to me like that when I'm just trying to fix a small thing. -Cronus8

The are five beings not six . and the knights off hell are deamons .. just like all deamon . if the colt was powerful enough to cause pain to Lucifer . then maybe it could harm a knight of hell

the other five beings (  Archangels - Death - God - The Darkness - Leviathans ) are older and powerful than Lucifer . so the are the most likely immune too .

I would happily support you. Just write me if you need anything. —Preceding unsigned comment added by SeraphLucifer (talk • contribs)

Good evening, I would appreciate to hear your thoughts regarding http://supernatural.wikia.com/wiki/User_blog:Lambda1/EmpyreanSmoke_Admin_right_removal_and_infinite_ban --Lambda1 (talk) 20:44, December 7, 2015 (UTC)

It was Lucifer, not Raphael Edit

It was Lucifer, as every time this is mentioned, they show it when they're rerunning through at the beginning or in a flashback. When Chuck put Cas back together after Raphael destroyed him, he also resurrected Jimmy as well. But, when Lucifer killed him, Chuck only resurrected Cas. Happy new year's, by the way! -- ImperiexSeed, 3:10 PM, January 1st 2016

Photokinesis is the manipulation and creation of light based power. Also as the lights have various hues they are not technically "white" at least completely. Also user manipulate the light to bring into effect. I think it sounds more technically, as this.[[User:Twilight Despair 5|]] ([[The God of Creation]]) (talk) 02:23, January 8, 2016 (UTC)

Hi Gabriel456, I am doing sort of a survey, I just want to learn your opinions about my edits, if you could reply I'd be grateful. SeraphLucifer (talk) 18:06, January 25, 2016 (UTC)SeraphLucifer

Hi, Gabriel! Thanks for the heads up. I was checking the contributions and edits fo the user on the page Witch but I can't seem to find the specific false information. Most of the edits were formatting-related. I'll try to keep looking but if you could provide the exact edit that contained the erroneous info then I will act accordingly. Thank you! FTWinchester (talk) 20:10, April 30, 2016 (UTC)

Yes. I was on the fence about the classification of witches as some of them made sense but they were never really explicitly said. And the fact that the previous witches may not have been part of the Grand Coven and thus do not follow the said classification. Thank you for your vigilance. I'll see what I can do. I still try to log in and do my duties every now and then but I am finding it hard with my job, school and the fact that the story/lore retcons really makes my head hurt so much, so yea. Sorry for the late response. FTWinchester (talk) 13:16, May 3, 2016 (UTC)

What's the reason behind my block, Gabriel? I've done absolutely nothing, and Caydeb blocked when I haven't done anything against the wiki lately. --Chris Urena (talk) 15:13, June 25, 2016 (UTC)

The thing is that, at my house, whenever I go to SPW, it says I'm blocked, but then when I go on said wiki elsewhere on a different desktop/device, I'm automatically unblocked. --Chris Urena (talk) 13:19, July 5, 2016 (UTC)

Hi. I have noticed your good work on the wiki, including reverting vandalism, I thought I would mention that you can request rollback rights from Caleb. If you want it if course. Zane T 69 (talk) 14:34, August 12, 2016 (UTC)

Hey Gabriel. You have been granted use of the rollback tool. Please keep in mind that it should only be used in the reverting of vandalism; good-faith edits should be undone with an explanation in the edit summary. Cheers. Calebchiam Talk 14:00, August 14, 2016 (UTC)

Hey Gabriel hope your doing fine. I wonder that, if you want to be a Discussion Moderator? Since you are a good editor, we can grant you powers to control over blogs etc. Would like to have that kind of a job? SeraphLucifer (talk) 19:36, October 4, 2016 (UTC)SeraphLucifer

Hey, I was wondering how your coding skills are. Seraph and I, are weeding through the Templates to check for outdated, junk, or faulty templates. I thought you might be able to help, if your skilled in that area. Zane T 69 (talk) 22:16, October 27, 2016 (UTC)

Hey Gabriel, how's it going? It's been a while since I wasn't here. I hope everythings OK with your life. SeraphLucifer (talk) 17:22, January 29, 2017 (UTC)SeraphLucifer

Well Gabe, I am truly sorry for that links. It happens most of the time and drives me mad. Thanks for fixing them tho. SeraphLucifer (talk) 00:09, February 5, 2017 (UTC)SeraphLucifer

Caleb informed me I needed to create a forum for an infinite ban of ImperiexSeed. If you would like too, please register your opinion here.Zane T 69 (talk) 18:27, February 17, 2017 (UTC)

Hey, I saw your message on Zane's talkpage. To answer your question, as with all discussions, please feel free to revise your stance if your position has changed during the course of the discussion. You can use a strikethrough as such to indicate a retraction of a previous statement. Cheers. Calebchiam Talk 11:54, February 18, 2017 (UTC)

Hey Gabriel, I checked the transcript. Here it is:

Dean, I'm not an angel anymore.

DEAN
What do you mean? How?

2014!CASTIEL
I think it had something to do with the other angels leaving. But when they bailed, my mojo just kind of— psshhew!—drained away. And now, you know, I'm practically human. I mean, Dean, I'm all but useless. Last year, broke my foot, laid up for two months.

Well, he became the Castiel at the end of season 5. But as I understand, he was still an angel, but without any powers. As he said, practically human, not completely I guess. His senses sort of proves that but I think we should carry this topic to talk page. SeraphLucifer (talk) 13:14, May 23, 2017 (UTC)SeraphLucifer

OK Jesus I get it no more editing the Word of God.

I noticed you undid the Dean knight of hell edit.  I started a topic on it in talk because while I personaly think he was a knight it was never said that he was in the show.  It was how ever said that the knights were picked by Lucifer and trained by Cain.  Calling Dean a Kinight is speculation at best.  If i missed somthing where they say he is a Knight can you tell me where?

Thanks for pointing out the Fanfiction eps.

There is a discussion occurring on how we should format the Season pages and the episode summaries. Please join the discussion.Click here --ThomasNealy (talk) 05:04, December 14, 2017 (UTC)

The debate on what goes on the monster page has been reopened. Your opinion on the issue would be welcome. you can find the link here Talk:Monster#Monsters_omitted_part_2 Thank you--ThomasNealy (talk) 22:58, January 19, 2018 (UTC)

A new policy is being proposed you can find more information here and give your opinion here Standard vote options apply. Thank you. --ThomasNealy (talk) 20:46, February 3, 2018 (UTC)

Thought I'd warn you. Someones trying to get Admin and users with privileges passwords, I think by guessing them. Exercise caution. Zane T 69 (talk) 03:19, February 11, 2019 (UTC)

Hey, please give your opinion here on whether or not the page Dimensions should be deleted since its basically an redundant, unneeded and incomplete duplicate of the Realms page. Thx. Doctor49 (talk) 13:38, October 19, 2019 (UTC)

Hello! I'm only dropping by to say that there is currently an active request for adminship going on here and it would be lovely if you get involved! Thanks. Touchinos (talk) 01:13, October 28, 2019 (UTC)

Hello. There is currently an important discussion about the wikis future in regards to the soon to be replaced Forums by Fandom. Please get involved here. Zane T 69 (talk) 17:50, November 2, 2019 (UTC)

Wanted to let you know we now have a discord and you are welcome to sign up preferably with your existing username.--Mgdodl (talk) 16:00, March 28, 2020 (UTC)

Retrieved from "https://supernatural.fandom.com/wiki/User_talk:Gabriel456?oldid=396072"
Community content is available under CC-BY-SA unless otherwise noted.