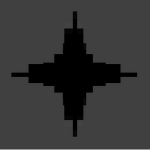 Hi, welcome to Supernatural Wiki! Thanks for your edit to the Byzantium page.
Please leave a message on my talk page if I can help you with anything!
Also note that we are in the process of converting articles written in the present tense to the past tense. So you are welcome to edit any such article you come across. Once again, Welcome! Zane T 69 (talk) 09:47, November 30, 2018 (UTC)

You have been blocked for three days, for inserting false information/speculation into articles. Zane T 69 (talk) 19:07, December 9, 2018 (UTC)

And again for a week, same offense. Apparently I tried refining your speculative edits because I hadn't eaten breakfast and I wasn't thinking clearly... which is kinda funny but more sad. Zane T 69 (talk) 17:07, December 18, 2018 (UTC)

I just try to help the wikia. If you doesn't like that someone other than you is adding info to articles you should say so other than to invite others to edit. Ethernamon (talk) 17:14, December 18, 2018 (UTC)

Why is it that everyone who gets banned comes back with the same excuse?

You can help by adding factual information, instead of your opinions and speculations. Supernatural has never followed any lore exactly. The articles are meant to contain information that the series itself has given us; not what we (fans) think might be true.

Wasn't me, dude. I'm not an admin. However, since you'd already been banned for it, I'm guessing Zane thought you hadn't learned your lesson.

Well than you should be more specific when you explain people what speculation is. There is no place where is written that adding things that weren't appeared in the show but are logical is speculative. Ethernamon (talk) 19:31, December 18, 2018 (UTC)

Well, english isn't my mother language. Sue me. You could just fix it instead of deleting everything. You does that a lot, and I couldn't write it any better myself. Ethernamon (talk) 16:20, December 29, 2018 (UTC)

Most of the information was redundant/previously stated. Several people revert your edits because they aren't of high enough quality, it's not just me. Perhaps you can try editing on the wiki for your primary language? Overall, your edits and behavior have a lot in common with a previously infinite banned user, which after studying your behavior for further proof leads me to believe that you are a sock-puppet. Please see the below section. Zane T 69 (talk) 17:50, December 29, 2018 (UTC)

You have been infinite banned for sock-puppeting to circumvent an infinite ban. You have demonstrated a similar name, behavior, choice of wikis (yes, I checked and have suspected you since you created this account.), and make identical errors and objections to your justified punishments. If you attempt to bypass your block here again then I will seek a global (all-wiki infinite ban) for all of your accounts; Quazamon, Marock, Rekue, Eternamon, and a few others. I will not tolerate further bad behavior from you on any account. You have been issued multiple infinite bans under different names, and my patience and mercy is completely exhausted. Zane T 69 (talk) 17:50, December 29, 2018 (UTC)

Retrieved from "https://supernatural.fandom.com/wiki/User_talk:Ethernamon?oldid=334771"
Community content is available under CC-BY-SA unless otherwise noted.