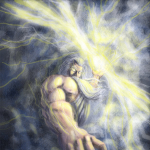 Hi, welcome to Supernatural Wiki! Thanks for your edit to the User blog:Twilight Despair 5/Tablet Theories page. Please leave a message on my talk page if I can help with anything! RaghavD (talk) 10:36, July 21, 2013 (UTC)

Well, you need to go to this link. Click on edit and change it the way you'd like it to be. Right now I've protected the page from being edited by any user. Let me know if you've got any interesting qustion for the Wiki's visitors and I'll lower the protection level. http://supernatural.wikia.com/wiki/Template%3AMainpage/Featured_Poll

I'll lower the protection so that you can go ahead with your poll. Let me know if there are any difficulties. RaghavD'"I'm beginning to feel like a Rap God" 06:01, December 11, 2013 (UTC)

You can. Just click the link above and create a new poll below the existing one. Hit me up if you have any questions! RaghavD'"Look into my eyes. It’s where my demons hide" 11:38, December 24, 2013 (UTC)

There was a slight correction needed for the second poll and when I edited it, it ended up wiping out all the votes for the poll. Hope you'll forgive me for any hurt I might've caused. RaghavD'"Look into my eyes. It’s where my demons hide" 16:28, January 6, 2014 (UTC)

Eve may have been a preexisting being or indirectly created by God, depending on what type of connection she has with Leviathan. Deities weren't created, but conjured from a theory called Thoughtforms, where human thought created each deity ("god" of time, etc). There's no other possibility, that I can see, for where deities came from. Fairies were presumably created by Oberon, which deductively has to be assumed. As for the five things the Colt can't kill, which I'd rather not get into here, read my opinion on the matter at the near bottom of the Colt's talk page. I hoped this helps even somewhat. See you around, hopefully. -- ImperiexSeed, 6:58 PM, January 29th 2014

Unless our questions are answered from inside the show somehow, we cannot consider anything for example the origin of Eve, deities and fairies. Anyway thank you for your time.Epakrios (talk) 01:16, January 30, 2014 (UTC)

You're the one who asked for 'opinions,' but ok. You can actually rule out a lot concerning how Eve came to exist (if she didn't always, that is). Death didn't create Eve, and Eve is, in a way, related to Leviathan. Making her an indirect creation of God. Also, no viewer should hold a preexistence presupposition for any character unless 'hollered in our faces.' Though maybe unfounded in the series, I feel like the existence of deities has to be sometime after humans, because God, Death, or Oberon wouldn't have created them. Though not proven, deities were probably conjured by Thoughtforms. Oberon seems to be looked to as their "god," and probably created them. None of these particular topics can, at this time, be proven. I was offering my opinions liked you asked. -- ImperiexSeed, 8:33 PM, January 29th 2014

Yes I asked, but the show is who gives answers like the speculation about Azazel and Alastair being knights or not. Some fans' opinion was yes and some others' was no. But the show is who must give an explanation, which has not been done yet. As for Oberon, I have not heard his name in the show.Epakrios (talk) 20:48, January 30, 2014 (UTC)

Nothing here have I asserted as fact, it's my belief based on implications and hints of the evidence. He was mentioned as the fairy king in "Clap Your Hands if You Believe." -- ImperiexSeed, 4:08 PM, January 30th 2014

Retrieved from "https://supernatural.fandom.com/wiki/User_talk:Epakrios?oldid=113373"
Community content is available under CC-BY-SA unless otherwise noted.