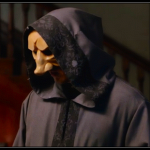 Hi, welcome to Supernatural Wiki! Thanks for your edit to the User:EleassarBR page.
Please leave a message on my talk page if I can help you with anything!
Also note that we are in the process of converting articles written in the present tense to the past tense. So you are welcome to edit any such article you come across. Once again, Welcome! Twilight Despair 5 (talk) 00:33, July 26, 2015 (UTC)

Re: Men of LettersEdit

I did not specifically look at who had done those edits. The links did look quite cluttered on the page and those links are not a part of the Wiki. They add little to the wiki and if a user was curious about a particular topic, he/she could Google it. I never meant to target your edits. RaghavD"I'm a CLASSIC man" 06:02, January 26, 2016 (UTC)

Not all of them were mere "speculations." Orion once removed a information of mine in Archangels Blade stating (correctly) that it's design was alike a Jagdikommando Dagger in the "Trivia", arguing only that "it looked like a drill" for him. If that cannot go as a "Trivia" curiosity because it doesn't "looked like" to one of the adms, then I would like to know where's his (or better, the WIKIA's) drawn line on the floor pointing out what is "speculation" and what is acceptable information for a TRIVIA section. And about the Cuthbert Sinclair's "speculation:" I clearly stated that it was a *similar* object DESPITE the photo I posted, because it shows to every fan with access to the episode that they can watch the scene and confirm that the object is not just similar: it is IDENTICAL to the Mjölnir. And I know the producers probably reused it there without meaning any future to it other than an casual ornament for Sinclair's mansion; but so is the case with many other things in Supernatural because of TV show's low funding and resources, and fans inevitably do the same with them without being accused of speculation. Osiris' staff is also present at Sinclair's hall. The Brothers also took with them the remains of the Lance of Michael, the Key of Oz and the Inner Key of Oz, but even with the show not stating if they kept these items safe inside the bunker or if they simply tossed it away in the garbage, there are sentences in these articles pointing out possible endings for them - without anyone thinking it was "superfluous" or "speculative". So, again, I ask: at which side of the line these examples are, and why? EleassarBR (talk) 20:36, June 10, 2018 (UTC)

Saying it was a similar hammer isn't speculation, but saying that it was Mjolnir was. Please refer to Orion's removal of certain information or contact him. He said it was speculation in regards to your edits to the Mjolnir page and the Deities page and that was the reason that you got the friendly and unofficial warning. Zane T 69 (talk) 21:04, June 10, 2018 (UTC)

Retrieved from "https://supernatural.fandom.com/wiki/User_talk:EleassarBR?oldid=318199"
Community content is available under CC-BY-SA unless otherwise noted.