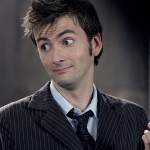 Hi, welcome to Supernatural Wiki! Thanks for your edit to the Reality Warping page.
Please leave a message on my talk page if I can help you with anything!
Also note that we are in the process of converting articles written in the present tense to the past tense. So you are welcome to edit any such article you come across. Once again, Welcome! Calebchiam (talk) 06:14, April 18, 2017 (UTC)

Hey, for a while can you stop editing the Weaknesses section? It is not personal, we will make a major update and change through the Weaknesses part. Thank you for your understanding. I'll let you know when the work is done. SeraphLucifer (talk) 18:47, April 22, 2017 (UTC)SeraphLucifer

Sometimes you can put page names with a lower-case first letter without creating a red link, you just need to preview the edit to make sure. I thought telling you this might help with future edits. Zane T 69 (talk) 14:13, July 9, 2017 (UTC)

Seriously??? Dude there's no "subspecies" of demons, more like different orders and ranks of them. Hell, Ramiel said that "Prince of Hell" was only a fancy title when Crowley tried to offer him the throne.--WarGrowlmon18 (talk) 06:23, August 1, 2017 (UTC)

Dagon Being a "Prince" or "Princess" of Hell

Re: Strongest of Species

Okay, why do you keep using "if"? Sure, if Dagon, Lilith, Abaddon or any higher ranked demons had a child, then yes, the child will be one of the strongest species but the thing is it hasn't happened. In canon, Jesse is considered one of the strongest species in the series and unless the writers introduce a new character or verbalize that Jesse is in fact not strong, then the category will remain on his page. About Crowley, he's literally just a crossroad demon with a fancy occupation. He can still be killed with things that can usually kill a normal crossroad demon, it only looks like he's above the others of his kind because he has been on the show for a very long time. Touchinos (talk) 23:38, November 20, 2017 (UTC)

In the future, please don't over-categorize/place redundant categories on images. The plain "Images" category is generally a last resort, I don't know what else to do category. Zane T 69 (talk) 02:42, November 27, 2017 (UTC)

I was matching the White eyed demon page to reflect other pages, e.g. Archangels, Princes of Hell, which do not have 'King of Hell' but 'Ruler of Hell' instead. Sorry for any trouble caused! Dtol (talk) 00:45, December 4, 2017 (UTC)

There is a discussion occurring on how we should format the Season pages and the episode summaries. Please join the discussion.Click here --ThomasNealy (talk) 05:01, December 14, 2017 (UTC)

According to the guidelines consensus talks go on for while, I think it was two weeks. Either way one person does not a consensus make. So feel free to add your thoughts. Everyone's opinion matters after all. ThomasNealy (talk) 20:16, December 14, 2017 (UTC)

Oh MY GOD! I can not believe it was that simple. I feel like an idiot. That part of the page was not expanded and until you pointed it out I never noticed the little arrow there. Thank you so much! I have been banging head on wall trying trying to figure it out and getting more and more frustrated every time I looked it. I literally have a twitch in my eye from this. --ThomasNealy (talk) 06:28, December 24, 2017 (UTC)

Bots are automated programs that do tedious work, it's highly useful and fills a vital position of spell-checker and does a lot of work that users would loathe doing. But yes, your understanding is correct. Zane T 69 (talk) 15:47, January 1, 2018 (UTC)

I think WG18 would be the best person to ask about that, but we generally limit categories due to having to remove duplicate categories. Zane T 69 (talk) 20:52, January 1, 2018 (UTC)

I would prefer having the Bot controlled by a more experienced user. Blaze might be able to do the bot parts for you. He has a bot and knows how to use it and program it, which is essential, we don't know how well you can do that, and it requires a consensus vote to give you the right to use a Bot on this wiki. Zane T 69 (talk) 22:35, January 1, 2018 (UTC)

Hey, I didn't undo your edit completely. I just put spaces between sections so people who edits in Source mode wouldn't have a hard time. I didn't touch the references. Touchinos (talk) 01:05, January 2, 2018 (UTC)

What would you call it exactly??? And The Colt wouldn't apply and neither really would Grenade Launchers since they didn't create those. As for the other question, I don't even remember at this point.--WarGrowlmon18 (talk) 23:02, January 2, 2018 (UTC)

Too broad. Do their actual creations sure, but not generic items that they use. And frankly, they had the Colt but they never really used it.--WarGrowlmon18 (talk) 00:09, January 4, 2018 (UTC)

That's mostly fine but not when the entire link is capital like Vengeful Spirit and is in a place where it makes no sense to be completely capital like that.--WarGrowlmon18 (talk) 04:31, January 6, 2018 (UTC)

That's not how we do it here and you're creating redirects and double redirects, which is a massive mess to clean up. WG18 has also reverted some of your moves and said this in his summary. I actually considered blocking you because of that. Zane T 69 (talk) 22:20, January 2, 2018 (UTC)

Hey, please refrain from removing the spaces on each section of pages. Especially the ones with a lot of information in it. As one of the many users who prefer to edit in Source mode, it's difficult and it doesn't look very pleasing in the eyes. Thank you. Touchinos (talk) 06:10, January 11, 2018 (UTC)

So should I run the bot again to replace redirects with proper links?

Sorry, no. I've been busy studying and am currently programming a game. I may get to it tomorrow, if I have the time.

Alright, I put the bot on the job while I watch the new episode.

PS: This is actually just basic find and replace. The <small></small>->{[c}} required me to save whatever was in the tags, remove parentheses, and apparently still needs a small fix for when spaces were put between the tags and parentheses, which I didn't foresee. In short, this is much easier.

The debate on what goes on the monster page has been reopened. Your opinion on the issue would be welcome. you can find the link here Talk:Monster#Monsters_omitted_part_2 Thank you--ThomasNealy (talk) 22:59, January 19, 2018 (UTC)

As one of the participants I thought would like to know that Caleb has posted a Notice of Intent to close the discussion. He has also provided an idea on a compromise since he could see no clear resolution from the debate. Your opinion would be welcome on the matter. Thank You. --ThomasNealy (talk) 18:08, February 11, 2018 (UTC)

A new policy is being proposed you can find more information here and give your opinion here Standard vote options apply. Thank you. --ThomasNealy (talk) 20:47, February 3, 2018 (UTC)

RE: Gog and Magog

Its speculative and can't be included. Frankly, we don't even know that it was drowning and not being wiped out through some other mean during that time.--WarGrowlmon18 (talk) 01:33, May 16, 2018 (UTC)

Sure, but only for pages that actually define the terms. The "Sword" category doesn't define what a sword is. I could be mistaken, though. We should ask an admin.

No problem. I doubted you did that on purpose, you aren't the kind of editor who would purposefully do something like that and I fixed it. I think.--WarGrowlmon18 (talk) 03:31, December 8, 2018 (UTC)

RE: Princes and Knights of Hell Categories

Images have recently been categorized in massive numbers, which messes it up. It will fix itself once the project is fully completed. This will take time, it's a very large project. Rest assured that I have been keeping watch, as have several other users. Please remain patient. Zane T 69 (talk) 02:58, April 10, 2019 (UTC)

Not all pages need images or have any available. Wanted pages are non-existent pages with red links that still need to be created and given content to remove the red links, so those are good. Basically a to do list in other words. Zane T 69 (talk) 15:53, April 20, 2019 (UTC)

I hope you can give me answer to a topic, which is about something in the book Bobby Singer's Guide to Hunting, because I would like to know, whether there's anything written in it, about silver-immune werewolves and also to verify a section on the werevolves page.--Mgdodl (talk) 09:12, October 17, 2019 (UTC)

His type is unknown as frankly we don't know for sure that he's black eyes. Also, leave out the Woman in White thing. She slashed him with her claws and he just didn't bother fighting back. Its down in his personality as him apparently being a bit of a coward because that's what that really looked like to me. What I wonder is if he's not one of the White-eyed Demons. He's not red or yellow eyes and his comment suggests that he might not be black eyes either. Although Abaddon wasn't a grunt demon and she was black eyes. But his comments suggest that Belphegor might be really old. On the other Supernatural Wiki, there was a part on the Back and to the Future page where its mentioned that there really was something like Belphegor described with the penis rock but it was back in the Neolithic Era. That's about 5,000 years ago or so. The Neolithic is when Stonehenge was created and no one knows who created that. And his description of humans at the time is much different than people now. And his knowledge of magic is different than anything we've ever seen before. A friend of mine (who frankly is at least a bit insane, no joke) was suggesting Belphegor might come from cavemen times or the Neanderthals but I think that was taking it way too far. He got that from the lumpy people or whatever Bel was describing them as. Also, I think Ardat might be in the next episode. Part of the promo shows what looks like an attractive female kicking what I think was Bel around in the crypt. Presumably Ardat given her hatred and desire to get rid of him. The fact that she thinks Arthur Ketch can kill him though suggests he's not a demon immune to most demon killing methods like the Princes of Hell.--WarGrowlmon18 (talk) 04:18, October 19, 2019 (UTC)

Sorry for the late reply. It looks like it has been solved the way I agree with. By the way, it would be nice if you could credit me for the header on your talk page. It's exactly the same as mine. Thanks. FTWinchester (talk) 02:48, November 15, 2019 (UTC)

Not sure what pages have Early Story on them but Background tends to be the one used most often and frankly makes the most sense I think.--WarGrowlmon18 (talk) 17:45, February 7, 2020 (UTC)

RE: Merging the Bloody Mary Pages

Re: Pad of Definitions

The Pad of Definitions (which includes Jack Fiddler ) was an official tie-in to the very early seasons of the the show. It is official, but not necessarily canon. This is why I reopened discussion on the citation policy on citing "official" content. The Essential Supernatural was also official content but it is outdated in terms of the show's canon. FTWinchester (talk) 13:33, February 25, 2020 (UTC)

Thank you for checking on the admin dashboard as well and working on orphaned pages. I think this feature is largely underused by other admins. FTWinchester (talk) 20:22, February 27, 2020 (UTC)

Was wondering if you will be interested in helping out in the new discord server we will have to monitor and possibly block. Let me or User talk:Zane T 69 of your answer.

Wanted to let you know we now have a discord and you are welcome to sign up preferably with your existing username. https://discord.gg/hRF3WR2

Retrieved from "https://supernatural.fandom.com/wiki/User_talk:Doctor49?oldid=394176"
Community content is available under CC-BY-SA unless otherwise noted.