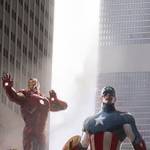 Hi, welcome to Supernatural Wiki! Thanks for your edit to the Dean Winchester page.

The episodes featuring categories aren't necessarily a problem. It's just not really necessary. The information is already given on the page. There's no need to set up a category for it. Thesilentpoethosea 23:30, October 12, 2011 (UTC)

Should we have dreamwalking as a page?

Hello, following the admin asking me if I had any ideas for a page, I came up with dreamwalking, as many beings, Angels, Archangels, Sephirms, Higher demons ect can go into peoples dreams, and even manipulate them, well he's unsure wether it should have a page or it should be classed as a form of telepathy, so we decided to ask other uses what they think of it, so if you would be so kind as to tell him what you think, it will be much appreciated, thank you. General MGD 109 19:46, February 25, 2012 (UTC)

Nope, he served as a huge problem (while not the true antagonist) in Season Five, he was a real nuisance for the boys, particularly for Dean, in attempt to turn him into Michael's vessel. -- ImperiexSeed, 1:37 PM, March 17th 2012

Thank you for returning it to it's place. My resoning for making it was I had the same picture used to make it. See this is not a banner made by the cw. The banner was found on a website that announced season 8(not the first to though). I have had the wallpaper used to make that banner for around a year now. It was actually nothing new, and since it was pixelated and small, i figured id make an HD one. But thanks for returning it to the page, I was just explaining my reasoning, and i'm trying to get an admin to change the banner for the homepage Season 8 Slide. Winchester7314 20:35, June 15, 2012 (UTC)

lololol your little poll at the bottom page just is an impossible question because i love them all. LOL it's hard to chose. every time i wanna pick one i hesitate and go " but I also love this one!" lol. Winchester7314 (talk) 03:01, October 22, 2012 (UTC)

Hi! David! I'm a huge fan of your photos and im curious Do you have any pictures of the Khan Worm in 6x16 without the CW logo? :) ---User:Bkshadows

AHHH Thanks so much David!! your the best!!! I'm Going to apply it as the main picture for the Khan Worm ---User:Bkshadows

hello, my name is erica mozingo,

I love the supernatural show. Im a huge fan i watch the shows everyday. even if i miss a show i would get on my computer and blog to see what i messed. Jared Padalecki and Jensen Ackles are my favorite actors in supernatural.

do you think they can sign a photo of themselves and send it to me. i would most appreciate it and would sharish the photo. my e-mail is ericaemm12@yahoo.com. please e-mail me then ill send my address

What was wrong with the templates before? And shouldn't you discuss with the community before making such huge changes? The colors don't match with the background. See if you can add the appropriate color code or I'll just revert your edits. RaghavDAll I need is ONE life, ONE try, ONE breath, I'm ONE man 12:02, September 25, 2013 (UTC)

Guys, also please update me on any changes in the color scheme of our templates, if ever I need to change the info banner. Thanks. FTWinchester (talk) 12:37, September 25, 2013 (UTC)

Do you think you could insert a field on the templates to include titles/aliases? FTWinchester (talk) 16:02, September 25, 2013 (UTC)

I take it you were the one who has greater knowledge on the topic of the succubi. I was just confused why Iris Levitan is credited as a succubi (and the founder, no less) in the Succubi page, whereas i) in the Iris Levitan page, she was only listed as a human possessed by a demon, and ii) Lilith in her own page is credited as the leader of the succubi. I was wondering how somebody else could be the founder of the succubi and not Lilith, who was the first demon. I would really appreciate it if you clarify this. Thanks! FTWinchester (talk) 23:50, February 16, 2014 (UTC)

I think I had a temporary brain malfunction when I was browsing the succibi pages before making this comment. Sorry, I understand everything now. FTWinchester (talk) 00:03, February 17, 2014 (UTC)

Lucifer is dead. On the other way ki he is classify as dead. Killed by Amara

Retrieved from "https://supernatural.fandom.com/wiki/User_talk:David_Kaique?oldid=193517"
Community content is available under CC-BY-SA unless otherwise noted.