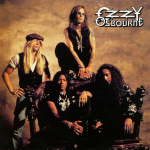 Hi, welcome to Supernatural Wiki! Thanks for your edit to the The Man Who Knew Too Much page.

If you need help, and there are no local admins here, you may want to visit the forums on the Community Central Wiki. You can also check our Staff blog to keep up-to-date with the latest news and events around Wikia.

I was thinking about adding a page to document every main and recurring characters appearences but as i left in my mesage i can't do this alone i had been trying to make the table and the formulas but i failed every single time so i would like to recruit the best editer that exist on this wikia for this project what do you say? we'll divide the job 50-50 thank you for your time

That is a big idea. Although I think its highly unnecessary. If people want to know what episodes the character is in, then they can look on the character's page. Instead, how about creating pages for characters that don't have one, or fix up pages that aren't up to date. The tagging you suggest would in a way mix up the suggestion area. Also some viewers don't know to click on the tags to see all the episodes. So your work is appreciated. I just think you can work on other things. I'm not trying to be mean, and I thank you for your idea. I look forward to working with you in the future. Also if you need any help feel free to ask. Mr.Comatose

Hey, only admins can delete pages. But there is something you can do. You can put the category "Deletion Canidate" on it, plus instert the deletion template. In there you can explain why you want to delete the page. Hope that helps. Mr.Comatose 01:33, September 6, 2011 (UTC)

there's aduplicated page Jacob Carns and Jacob Karns they have the same information and they are the same person the only diference is one letter and both pages are related to Hookman so one has to leave because Hookmas real name when he was a human was Jacob Karns (in case you didn't get what i was saying that's the best way i found to expalin myself) (Damon-Balthazar-Salvatore 01:40, September 6, 2011 (UTC))

That is unusual. I can flag the Jacob Carns one for being a copy.I wouldn't have noticed that. Thanks for mentioning it. --Mr.Comatose 03:13, September 6, 2011 (UTC)

Have an very important request. I've been thinking, and have thought of an Location Template. If able could you create it, including areas like Name, Image (if available), Creator, Boss, Position (maybe another name)? -- ImperiexSeed, 5:29 PM, March 10th 2012

Hey, do you mind tweaking something of the Template's base page? To start, when there's no info under Boss, it for some reason indents the Whereabouts part, could you make it so it doesn't do that at all? -- ImperiexSeed, 6:47 PM, March 10th 2012

It's come to my attention that multiple categories have been created under the name of "Episodes featuring...", and after looking through the activity feed, all I see linked to creating those categories is you. If you are responsible for creating these, I would have to ask you to stop. These categories are unnecessary. If visitors want to know what episodes a character appeared in, they could just look at the character's page. By now, I've already deleted the categories, so do not attempt to recreate them. Thank you. Thesilentpoethosea 20:34, October 12, 2011 (UTC)

Thesilentpoethosea i'm not the creator of those categories. the creator is David Kaique is the creating the categories he created one as i'm responding you originally there were only 3 categories of that kind but David started creating categories to every single character of supernatural Damon-Balthazar-Salvatore 20:41, October 12, 2011 (UTC)

seriously you love to edit isn´t

not nessesarily if you check season 3 episode on the part that says "guest" Katie Cassidy or Lauren Cohan are in that place and they shouldn't they were main cast members on that season, if that applies to every main cast member except for Jared and Jensen, why someone hasn't added Misha Collins on the "guest" list of season 5 and 6? Damon-Balthazar-Salvatore 14:37, November 27, 2011 (UTC)

I erased the unneeded duplicate page, and I also renamed the other page back to it's former title. Good day. -- ImperiexSeed, 7:42 PM, February 20th 2012

Hello, following the admin asking me if I had any ideas for a page, I came up with dreamwalking, as many beings, Angels, Archangels, Sephirms, Higher demons ect can go into peoples dreams, and even manipulate them, well he's unsure wether it should have a page or it should be classed as a form of telepathy, so we decided to ask other uses what they think of it, so if you would be so kind as to tell him what you think, it will be much appreciated, thank you. General MGD 109 19:39, February 25, 2012 (UTC)

Sure why not, i also noticed that, mostly i saw that power being used by Azazel, Cass, Anna and Zachariah. Damon-Balthazar-Salvatore 20:51, February 25, 2012 (UTC)

Okay so you told me before on secret circle wikia castiel is dead and on his page it says he is alive and im only on season 5 so can you tell me who brought him back? WyattVisit   20:06,3/26/2012

Hi. Generally, to become a sysop, you should have a history of good contributions, a decent account age, demonstrated trustworthiness and good judgment, and knowledge of how to use the tools. To become a bureaucrat, it's generally the same, except for good judgment which is vitally important as the bureaucrat is the one who sysops/crats other users. While there is no limit on the number of sysops on the Wiki, the number of bureaucrats is generally kept low due to the potential for abuse and because a Wiki only ever needs 1 or 2 bureaucrats at a time for it to function. Hope this answers your questions, cheers. Calebchiam Talk 03:22, July 18, 2012 (UTC)

I also feel a need to add that the mindset of users is also crucial in selecting sysops/crats. Adminship is not a reward or an entitlement. In my opinion, a sysop/bureaucrat should neither care nor want to be a sysop/bureaucrat. They are merely extra tools to help them contribute to a greater extent. Calebchiam Talk 03:24, July 18, 2012 (UTC)

Attention, Fellow editors of this Wiki, I am sending you this message, to draw your attention to present discussion over whether or not to allow the fan fiction page "Winchest" to remain on this wiki or not, as this is an important issue, I, as do all the other users, invite you, to state your opinion on this issue, I personally do not mind if you argree with me or not, on this matter. I will not take judment on your views, but I feel they should be stated, as this is an issue which could change the very future of this wiki, and as loyal contributors, we all have a right to state our view on what happens to this wiki, and what its future is. Thank you.

Hi, regarding the images on your userpage, please stop uploading any more pictures that are not meant for use on Supernatural articles. The Wiki is not your personal hosting space, if you want an image-hosting site, try Photobucket or Imageshack. I don't have much time now, so I'll delete them another day. Thanks. Calebchiam Talk 08:49, September 20, 2012 (UTC)

Alright. It's just that I have only watched Buffy recently (while waiting for Season 8 to begin last year), and I just noticed there were a few contributors here that also participated in the Buffyverse wiki. Have you also watched Angel: The Series? FTWinchester (talk) 16:49, October 18, 2013 (UTC)

If you are asking if the information can be used here, or if we can take it seriously. It's a case by case as Twitter tweets, change all the time. Also, we normally prefer not to add spoiler information too much before the series next season. I hope this answers your question. If no I can try to re-read your message again.[[User:Twilight Despair 5|]] ([[The God of Creation]]) (talk) 00:19, June 7, 2015 (UTC)

First of all, let me state that I am disgusted by the photos you have on your user page. Not only do they mock tragedies where people died, but you have had years to either remove them, or stop uploading. I will ban you for one month, which can be reduced or added too, by senior admins/b-crats. Zane T 69 (talk) 17:06, July 4, 2016 (UTC)

Your removal of ban notice has been reverted. Please see, this rule.

Now, i'l acknowledge that you did stop uploading photos, good. However. Those photos were cruel, some of the users here may have lost people in terrorist attacks that you mocked and thought funny. In my opinion it was malicious.

You could have edited your talkpage, I left you the option of appealing. Also, I informed a senior admin of the event, they could have reduced it. As for not taking me seriously, I don't really care. You did something wrong, you were punished, with the approval of another admin. Quit trying to paint me as the devil because you lack judgement on what is appropriate. Also, the main active admins are myself, Seraph and Twilight.

Retrieved from "https://supernatural.fandom.com/wiki/User_talk:Damon-Balthazar-Salvatore?oldid=198155"
Community content is available under CC-BY-SA unless otherwise noted.