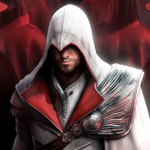 Hi, welcome to Supernatural Wiki! Thanks for your edit to the White Light page.

Statement that Michael is God's most powerful creationEdit

Well, the direct statement I forgot who said it (I think it was an angel) was something if the sot: "Michael, he's the toughest son of a bitch they've got". It has also been stated indirectly. Castiel said that the Archangels are Heaven's fiercest weapon, as in they are the most powerfull creations of God. And it has been cleared that Michael is the strongest of the Archangels. I hope that answered your question. Auditore7 (talk) 10:14, September 29, 2012 (UTC)

Factually, it was never explicitly stated, oh "Michael's the third strongest being in the universe", however, by logic, it's legitimately so. He's the strongest Angel out of Celestial race and as Heaven's Viceroy, he outclasses all Earthly creatures, and regular Angels themselves outclass monsters and everything else but Leviathan, so honestly, Michael has to be the third. Even when Cas absorbed all of Purgatory's soul, he was still set on keeping Michael in Lucifer's cage. -- ImperiexSeed, 11:26 PM, September 29th 2012

Well, no if everything in the show was perfectly and directly stated without the tiniest shred of ambiguity, then this wikia would be a very boring place for editors and the show would be very bland. However, it has been made more than clear. Auditore7 (talk) 20:55, September 29, 2012 (UTC)

Retrieved from "https://supernatural.fandom.com/wiki/User_talk:Auditore7?oldid=57274"
Community content is available under CC-BY-SA unless otherwise noted.