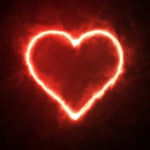 Hi, welcome to Supernatural Wiki! Thanks for your edit to the Monster page.
Please leave a message on my talk page if I can help you with anything!
Also note that we are in the process of converting articles written in the present tense to the past tense. So you are welcome to edit any such article you come across. Once again, Welcome! FTWinchester (talk) 19:08, December 3, 2014 (UTC)

Hello, anyone who comes here,

and I wanted to discuss Wars page to see i I could put this on it.

"While supposed having the strength to destroy a bridge, he was easily ambushed and overpowered by Sam and Dean, who just as easily cut off his finger to take his ring, which suggests it was his arrival in River Pass was what caused the bridges destruction, not his strength."

Welcome to the wiki. To get the matter the appropriate level of attention, you would need to go to War's talkpage, which can be found by the edit button at top of the "War" page, or here. Please remember to sign your posts on talkpages, using four tilds, squigly lines. Which may be found above the "Tab button" and by the "1/!" button. Zane T 69 (talk) 01:21, October 5, 2016 (UTC)

Hello if you need to make that many edits to a page at once, copy it to your sandbox or something and preview it before publishing. A few corrections after the first is one thing. But 11 edits on the same page. A lot of which are just undoing your own edits it's a little much. It is looking like you're just trying to get more edits to your count. --ThomasNealy (talk) 20:47, December 20, 2017 (UTC)

Episode Summarys are official press releases. You should not alter them in any way. that is why

is there. Also why add something than in the next edit remove it? It was not a coding issue so no reason to do that. If you want to play around with something do it in your sandbox. You were just blocked for doing the same thing. --ThomasNealy (talk) 04:51, December 27, 2017 (UTC)

The debate on what goes on the monster page has been reopened. Your opinion on the issue would be welcome. you can find the link here Talk:Monster#Monsters_omitted_part_2 Thank you--ThomasNealy (talk) 22:59, January 19, 2018 (UTC)

There isn't a picture of the First attacker (Bedtime Stories), when he is in fact shown in the episode as the Big Bad Wolf character who attacks the woman in the car and fights Dean by the end of the episode. He also matches the description of the man as having the Wile Coyote tattoo on his arm. If I can't edit that, then at least somebody else should. Aiden1700's (talk) January 27, 2018 (UTC)

Also, it is possible that Dean's Crossroad Demon was referring to Crowley as being the one who owns Dean's deal, as he is the king of the Crossroads. Aiden1700's (talk) January 27, 2018 (UTC)

Retrieved from "https://supernatural.fandom.com/wiki/User_talk:Aiden1700%27s?oldid=280982"
Community content is available under CC-BY-SA unless otherwise noted.