For the powerful Curse Box that appeared in the episode, see Werther Box.

Book of the Damned

Sam learns that former Men of Letters, Magnus, once built a magical box and Sam sets out to find it in the hopes it can cure Dean of the Mark of Cain. However, what he's not prepared for is the deadly alarm system Magnus set up on the box. When Sam opens the box, he puts both his and Dean's life in danger.

In St. Louis in 1973, a young girl by the name of Suzie is sent to the basement to do the laundry by her mother. Suzie takes a sledgehammer to the wall out of annoyance, and finds the Werther Box hidden away. When Suzie attempts to open it she is knocked by a force from the box, which release a yellow pillar of smoke that travels past Suzie's unconscious body upstairs. When Suzie awakens, she is disoriented and heads upstairs, looking for her family; she finds her father dead of a self-inflicted gunshot wound, followed by witnessing her brother hang himself in the entryway of the house. Shocked by what is going on, Suzie eventually finds her mother in the kitchen repeating the line, "Everything is going to be okay" before slicing her own throat open with a butcher knife.

In the present day, Sam meets with Rowena and asks for her help in decoding the Book of the Damned in the hope it will reveal how to remove the Mark of Cain from Dean. Rowena agrees to help, on the condition that Sam kill Crowley for her. She says she needs a special codex that was created by Nadia – a witch of the Grand Coven. Rowena knows that the Men of Letters confiscated it when they killed Nadia.

Sam catches up with Dean, who has been hunting vampires on his own, in order to feed the Mark, which angers Sam. Back at the Bunker, Sam begins working through the Men of Letters archives. While researching, he finds an audio reel from May 16, 1956 detailing the expulsion of Cuthbert Sinclair from the Men of Letters for creating the Werther Box to protect the codex from the Grand Coven. It mentions that the Box was hidden at the Men of Letters Chapter House in St. Louis.

This information eventually leads him to Suzie's home –- now known as the "St Louis Suicide House"—which was the Men of Letters chapter house. When Sam tries to enter the home by picking the lock, he is forced away at gun point by Suzie. However Dean appears, thinking Sam is hunting on his own to teach him a lesson. Sam tells Dean a half truth – that he is after the Werther Box to protect anyone else from its effects.

Dean's arrival allowed Sam the opportunity to sneak into the basement, while Dean distracts Suzie upstairs. When Sam finds the box, he goes about performing the Cabirian Invocation to disenchant the box, however the spell does not work, and Sam ends up releasing the security measure, which affects himself, Suzie and Dean.

Suzie is beset by visions of her deceased family members, blaming her for what happened and urging her to join them. Suzie holds out for as long as she can, before ultimately turning her gun on herself. When Sam gets to her body, he is confronted by a vision of the recently dead Suzie, who blames him and Dean for getting her killed, and attempts to guilt him into committing suicide, however Sam is unfazed by her taunts, suddenly Rowena appears and gets rid of the Suzie manifestation. The two then head to the Werther Box to break the enchantment. Sam is able to translate the Latin on the vault which read, "To silence the box... slake its thirst... with... the blood of our own" and realizes it requires the blood of the Men of Letters to shut the enchantment down, and proceeds to bleed himself into a container in front of the box.

While Sam is attempting to shut down Werther, Dean has become immersed in his hallucination, being transported to Purgatory, where he is met by Benny, who tells Dean the best thing for him to do is to kill himself. However, due to the Mark of Cain wanting Dean to live, Dean is able to break free of the Werther's hold on him, once out of his trance like state, Dean finds Sam at the Werther Box, who is in a weakened state from the blood loss. When he tells Dean that he can't stop, because the box needs enough legacy blood to kill a man, Dean cuts his own wrist and bleeds on the box. Having gotten enough legacy blood, the Werther is broken. Rowena, invisible to Dean, disappears in a cloud of green smoke, revealing herself to be no more than an illusion brought on by the box. With the codex acquired, Dean proceeds to destroy the Werther Box as a precaution.

Once Sam has recovered, he secretly takes the codex to Rowena, but he tricks her and manages to shackle her in iron so she cannot escape while she decodes the Book of the Damned. 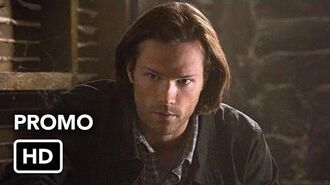