Sam and Dean begin to explore what Jack is capable of doing with his powers. An unexpected visit from Donatello (guest star Keith Szarabajka) alerts the boys to the fact that Jack will need more protection than the Winchesters can provide. There is a new Prince of Hell in town, Asmodeus (guest star Jeffrey Vincent Parise), and with Lucifer out of the picture, he sets his sights on Jack.

Sam and Dean are alerted by a presence and open the door to attack the intruder, thinking it was a monster until they see its Donatello Redfield who greets them and asks if God was with them. He relays his tale of looking up condos before he was knocked off his feet by the waves of power emitted. He believed the power was God and decided to track it. He then realizes that the source of power was not God but something new and is surprised to find out the power that he felt was that of Jack who Sam reveals is a Nephilim and Donatello is amazed. Sam then reveals Jack's status as Lucifer's son, which causes Donatello to be surprised and remarks that he met the Archangel but Jack's presence is nothing like Lucifer's, not toxic and dark.

Meanwhile in the alternate world, Lucifer and Mary continue walking along the wasteland until Mary complains about being tired. Lucifer doesn't let her rest, pointing out that she is the reason they are here and it's not his fault she's a "wimpy human". The two are interrupted by the arrival of a group of angels in search of a creature from Hell. Lucifer jokingly suggests they are referring to Mary to which the angel replies with "False!" When Lucifer tells them who he is, the angel again replies with "False!" since the Lucifer of their universe has been slain by the Archangel Michael, to Lucifer's surprise.

When the angels prepare to smite Lucifer, Lucifer angrily snaps his fingers and obliterates them. Lucifer insults their attempt as he and Mary continue to journey and Lucifer complains about the acts as they are almost immediately after approached by another angel, who is surprised to see Lucifer and states he should be dead. Lucifer questions who he is and the angel asks him if he doesn't recognize his own brother, as the surprised Lucifer identifies him as Michael.

The alternate Michael identifies him as Lucifer but asks how is it possible as Lucifer explains that he and Mary are from an alternate reality and blames her for it. He then remarks this Michael is a knockoff of the one he left in The Cage, to which an unamused Michael responds by explaining what he did to his own Lucifer by tearing him an apart. Michael wishes to do the same thing again, leading Lucifer to punch him in the face. The two archangels get into a fist fight while Mary watches. Michael quickly gains the upper-hand by beating and twisting Lucifer's arm, putting in him submission. When Lucifer asks if Michael plans on killing him, Michael tells him he will keep him alive because he needs him. 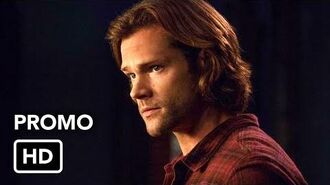