watch 03:27
Wiki Targeted (Entertainment)
Do you like this video?
Play Sound

Somewhere Between Heaven and Hell

A chance to take out a nest of vampires backfires when the alpha-vamp shows up and turns the tables on Mary (guest star Samantha Smith) and the British Men of Letters, who are doing their best to recruit Sam and Dean.

Arthur Ketch and Mary Winchester leave a black SUV and enter a temporary base of the British Men of Letters. Mary repeatedly texts Dean and Sam apologizing and requesting them to respond. Dean asks Sam to find him a case. Sam asks him whether he wants to talk about them asking Mary to leave the bunker to which Dean refuses. They have an argument and a cranky Dean accuses Sam of not picking sides and always playing the peacemaker. Sam opens Mary's texts, the last one stating that they need to meet urgently.

At the bunker, Dean points out a case to Sam about a dead guy in Akron. Sam chuckles and reads through it, but isn't sure it's their kind of thing. Dean tries to convince Sam, finally telling him to find a case because he really needs to hit something, now. Sam tries to get Dean to talk about it, but Dean says he doesn't want to. Even as Sam tries to convince him, Dean tells Sam he's going out and then he tells Sam that he's tired of Sam always being a peacemaker, playing the middle. Dean tells him for once, to pick a side. Dean leaves, and shortly after, Sam gets a text from Mary, telling him she needs to see him, and that it's urgent.

At the British Men of Letters Compound, Sam is stunned by the array of computers and tech equipment everywhere. Mick and Mary explain to Sam that the plan is to systematically track and kill every vampire in the United States. Mick introduces the group in the conference room to Sam: hunter Pierce Moncrieff, and BMOL members Alton Morehead and Serena Colman. The meeting starts with discussion about vampires in the Midwest and Serena says that when they started there were 241 vampires active across 12 states, and now they've killed all but 11. Alton explains that they're planning to follow the chain of vampires to the top—the Alpha Vampire.

Dean returns to the Bunker and is dismayed to find they are out of alcohol, but he is soon surprised when Ketch arrives. Ketch offers Dean some expensive Scotch, and they have a drink together. Ketch then convinces Dean to join him on a vampire hunt. However when they arrive at the nest, the place seems empty. Ketch comes in from the stairwell dragging a female vampire. He knocks her around a bit trying to get her to tell them where the other vampires are. She tells him they are hunting the hunters.

Back at the compound the vampires attack. Sam takes charge, telling them they need lock the place down. Mary goes on the intercom, telling everyone in the compound to not engage and fall back now. In the meeting room, Mick tells them most of the weapons are in the armory, including the Anti-Vamp Device. Sam wonders if they have anything stronger, and Mary turns to Mick. Mick brings a case to the table and when he opens it, Sam exhales sharply. It's the Colt. Mary tells him she stole it from Ramiel. Mick tells Sam it doesn't work as they have no bullets. Sam tells them they can make some from a recipe he learned from Bobby Singer. As Mick gathers the supplies, Sam, Pierce, and Mary head to the armory to try and get the AVD, but are attacked. Mick is chanting the spell over the bullets in the command center when the Alpha Vampire arrives and gains entry into the room with the help of Pierce, who reveals himself to be under the employ of the Alpha Vampire. The Alpha tells Mick that he likes living quietly and the British Men of Letters have been making life awfully noisy lately. He tells the scared Mick that in England, he didn't get involved because England doesn't matter to him. But America is his home, and it's time for them to leave. The Alpha tells Mick that they're going to bring communications back online, make a call to London, and Mick will admit defeat. Then they'll watch as the Alpha devours Mick on-screen to make sure the point is made.

Mary and Sam enter the room with Mary knocking Pierce out and Mick runs to them. Sam arms himself with the Colt and attempts to negotiate with the Alpha who claims to be immune to the gun however, Sam sees through his bluff, knowing that if the Alpha Vampire was telling the truth, he'd have killed Sam already. Sam offers the Alpha Vampire a deal: if he leaves the Winchesters alone to return to the way things were, he can kill Mick and the British operation. Apparently enrage Mick attacks Sam and Mary does the same to Alpha Vampire, but both are easily defeated. Sam aims at the Alpha again who calls his bluff that the Colt is empty. Sam asks the Alpha Vampire if he's sure and the Alpha Vampire quickly realizes that in Sam's fight with Mick, the latter managed to get a bullet to Sam. He realizes Mary attacked him to distract him from seeing Sam load the gun. As Sam cocks the Colt, the impressed Alpha Vampire calls Sam a "clever, clever boy" with a tone of respect. Sam takes aim at the Alpha with the Colt and fires, landing a shot in the middle of his forehead, killing him.

As Mary and Sam clear out the rest of the vampires, Dean and Ketch arrive. Dean calls Sam out on his "went out, back later" note, and tells him that he was on a case with Ketch when they found out about the attack and he drove as fast as he could to get there in time. Sam's a little shocked, as Dean didn't even know Sam was here. Then Dean looks hard at Mary, and Sam realizes that Dean knew she was there, and was afraid of losing her. Dean turns to Mary and tells her when he thought something might've happened to her, nothing else mattered. He tells her even if he really doesn't like her choices, he'll just have to get used to it. As Pierce is being led away in chains, Ketch tells the Winchesters there is nothing pleasant in store for him, to their satisfaction.

Mick thanks Sam for helping with the vampires and Sam tells him he wants in. The British Men of Letters get results and are changing the world, and he wants to be a part of it. When Mick asks about Dean, who is across the garage talking to Mary, Sam watches him for a moment and then tells Mick he'll bring Dean over; "Give me some time." 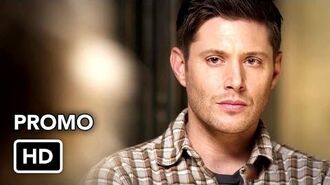 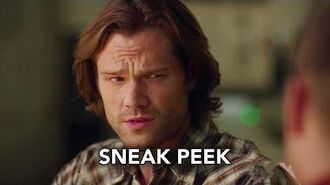 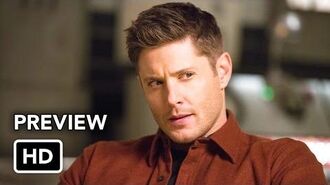 Retrieved from "https://supernatural.fandom.com/wiki/The_Raid?oldid=414648"
Community content is available under CC-BY-SA unless otherwise noted.