I've three shots, all of which were modified to increase detail, and on the first one (isis3.png), to reduce the bluish glow. 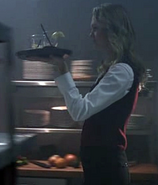 Add a photo to this gallery

That's nice Kessler. Could you modify the aspect ratio though so it doesn't appear stretched? FTWinchester (talk) 00:04, July 19, 2013 (UTC)

Retrieved from "https://supernatural.fandom.com/wiki/Talk:Isis?oldid=84773"
Community content is available under CC-BY-SA unless otherwise noted.