Deceased (killed by a British Men of Letters operative)

This article is about one of the two hunters who killed Sam and Dean in the Season 5 episode Dark Side of the Moon. For the character in Season 1, see Roy.

Roy was a hunter whom Dean Winchester apparently knew. He and Walt came back for revenge after finding out Sam started the Apocalypse.

After the Apocalypse was triggered, Roy and Walt learned about Sam Winchester's role in starting it. Seeking retribution, they tracked the Winchesters down to their motel and held them at gunpoint. Dean recognized them both despite the masks they wore. Before Sam could explain himself, Walt shot and killed him. He then ordered Roy to kill Dean too. When Roy hesitated to shoot, Walt did it himself, but not before Dean warned him he was going to be pissed when he came back.[1]

In Who We Are, Roy and Walt were among the hunters called in by the Winchesters to fight the British Men of Letters. He seems shocked to see them alive again, which they take note of. Despite their past, neither the Winchesters nor Walt and Roy held grudges and Walt and Roy agreed to join Sam's assault against the British Men of Letters compound. During the assault, Roy saved Sam's life from an operative he didn't see but was shot dead by another operative minutes later. The same operative who killed Roy was killed by Sam afterwards. 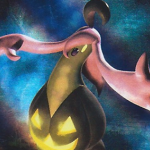