Don't Go In The Woods

Sam and Castiel follow a case to a picturesque little town in Arkansas, only to find out nothing is as idyllic as it appears to be. Dean and Jack take a road trip to visit an old friend.

A teenager, Conrad Martin, walks through the streets of Charming Acres, Arkansas. He runs up a diner, Harrington's, and calls to the waitress, Sunny. She opens the door and Conrad asks her to go with him, but she says that she can't because she made a promise. After a moment, Conrad kisses her, says that he loves her, and leaves, running down the road to a gas station. He goes in and hears a high-pitched ringing in his head. Screaming, he grabs the clerk's cellphone and staggers into the basic, clutching at his head in pain. His head swells and after a minute it explodes as the clerk, Griffin Tate, asks if he needs help. When he gets no response, Griffin goes back and finds Conrad's body.

Castiel checks on Jack and finds him in his room, holding Felix the snake. The angel says that Jack consumed Michael's grace and has his powers back, and Jack demonstrates levitating a pencil. Jack says that he feels different before, and Castiel asks about his soul. The boy admits that he doesn't know how much of his soul he burned off to kill Michael and admits that he tries not to think about it, and Castiel walks out. He finds Dean in the kitchen eating, and Dean says that Rowena called and told him that she's coping.

In the main room, Sam imagines the screams of the Hunters dying and their bodies on the floor. He snaps out of it after a moment, checks the Internet, and goes to the kitchen to tell Dean and Castiel that he found a case. Dean says that they all need a rest, but Sam tells him that he's leaving in 10. Castiel informs Dean that he'll go with Sam while Dean stays with Jack and makes sure that he's okay. The angel figures that all of Jack's soul isn't gone but doesn't know how much is left.

Sam and Castiel drive to the station outside of Charming Acres and check the gas station. Castiel suggests that after the case they get some rest. Sam tells him that the monsters won't rest and they don't have as many Hunters left. They talk to Griffin and he says that Conrad ran in, asked for his phone, and then his head blew up. Castiel looks around and Griffin says that Conrad looked like one of the people of Charming Acres and it's a weird place.

The two Hunters drive to Charming Acres and find it a typical town or the 1950s. They get out and talk to two pedestrians, Justin and Cindy Smith, who are heading to a bake sale. Justin says that he hasn't heard of anyone dying and suggests that they talk to the people at Harrington's. He doesn't recognize Sam's cell phone, and leaves with Cindy.

Sam and Castiel go into the diner and sit down. She gives them free milkshakes, and her father Mayor Chip Harrington introduces himself. Chip admits that they're old-fashioned but says that everyone there takes care of each other. Sunny perks up when Dean mentions Conrad, and Castiel loudly says that Conrad's head exploded. Chip offers to tell them where Conrad was staying, and Sam and Castiel drive to the boarding house. The landlady, Ms. Dowling, greets them as agents and says that she knew they were coming because it's a small town.

Dean finds Jack in the kitchen giving him different foods to Felix to cheer him up. He suggests that they go on a field trip, and Jack agrees.

Ms. Dowling takes Sam and Castiel to Conrad's room and says that Conrad moved in a few weeks ago. She talks about how she only rents to young men because of morals. Sam asks for some coffee and once Ms. Dowling leaves, the Hunters confirm that the room has barely been slept in. Castiel finds love letters from Sunny under the mattress, and tells Sam that they're surprisingly "passionate". Sam suggests that they check it out the next day and figures that they can stay there.

At the Smith house, Justin ponders Sam's cell phone while Cindy serves pot roast. Justin remembers that he bought a cell phone in Houston for his daughter, Rose. He starts to panic as he remembers, and asks Cindy who she is and what he's doing there. Justin insists that it isn't his house, and a high-pitched ringing echoes in his head. He runs out yelling for help, bleeding as his head explodes. Cindy watches as he runs down the street and his head explodes.

The next day at the boarding house, Castiel checks on Sam and discovers that his bed hasn't been slept on. Castiel goes downstairs and finds Mrs. Dowling cleaning the house while wearing headphones. Castiel finally gets her attention and asks where Sam is, and Ms. Dowling tells him that Sam said he was going for a walk and a milkshake. The angel drives to Harrington's and goes inside, and asks Sunny where Sam is. Sunny says that Sam was there a while ago and left when he heard what happened to Justin. Castiel drives to the Smith house and Cindy answers the door. She apparently hasn't seen Sam, and screams at Castiel not to sit in Justin's car when the angel starts to sit down. When Castiel mentions that Justin died, Cindy laughs and says that Castiel is confused. She insists that her husband is okay, and Sam comes out and says that he's Justin. Sam is now sporting a 50s look, and has no memory of being Castiel's partner.

Once Cindy goes to make a martini, Sam insists that he's Justin. Castiel says that it's not Sam's house, and Sam plays along saying that it's Cindy's house. The angel figures that something terrible has happened, and tries to get through to Sam. Castiel yells at Sam to snap the hell out of it, and Sam tells him to watch his language and leads Castiel out.

Dean drives Jack to Donatello's home and explains that they're worried about Jack's soul and Donatello is an expert on not having them. Donatello invites Jack in while Dean waits outside the Impala, nervously eyeing Felix.

Jack and Donatello come out and when Jack goes to the Impala, Donatello tells Dean to keep an eye on Jack but he seems okay. He figures that there's no way to know what's going on inside of Jack's head.

That night at Harrington's, Sunny is cleaning up. Castiel confronts her and says that they should talk about how she's a witch and has done something to the entire town. He shows Sunny her love letters to Conrad and points out that she asked Conrad to leave. Castiel prepares to rip the information from her mind, and Chip and his men come in with Sam, interrupting Castiel.

Chip describes himself as a Good Samaritan. The mill shut down, the town started dying, and Chip's wife died. People weren't happy and things got worse, and Chip started hearing voices in his head. Chip screamed at the voices, telling them to make things better, and what he thought started to happen. He remade the town and killed the people who fought it. Chip's mental powers never worked on Sunny, and Castiel explains that he's not human so Chip's powers don't work on him.

Sunny runs out and Chip goes after her. Sam keeps insisting that his name is Justin, and Castiel fight the other two men.

The men continue attacking Castiel. He knocks them unconscious, and Sam grabs Castiel's angel blade and tries to help him. Sam says that he wants to be happy, and Castiel tells him that he knows what it's like to lose an army but he has to keep fighting or he'll fail Dean and Jack.

Chip points out that Sunny didn't try to stop him.

Sam drives the angel blade into the floor, Chip's spell on him broken.

Sunny tells Chip that she promised her mother she wouldn't leave Chip, but calls him a monster. Chip insists that he's God, and Sam and Castiel attack him. The mayor blasts Castiel away and starts to make Sam's head swell. Sunny yells at Chip to stop, and he's knocked won. She tells him to be happy and immobilizes him, and Castiel confirms that Chip is trapped within his own mind where he can never hurt anyone again. Sunny says, "Good."

Dean and Jack return to the bunker with Felix. Jack says that the road trip was illuminating and goes to his room. Sam and Castiel arrive, and Castiel has already told Dean that Sam was really happy. Castiel goes to find Jack, and Sam says that it wasn't real. He tells Dean that he sees the dead Hunters everywhere and that's why he was so desperate to keep them busy. Sam figures that he can't keep running and the bunker is their home, and tells Dean that he needs some time. Dean agrees and leaves.

In his room, Jack tells Felix that it needs help. He figures that Sam and Dean would help it so he'll help him see his friend again... and turns the snake to ash so it can go to Heaven. Castiel secretly watches from the doorway. 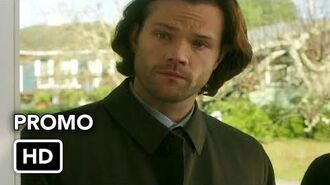 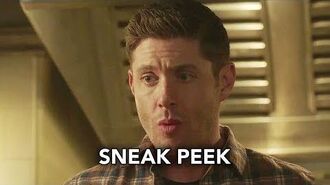 Retrieved from "https://supernatural.fandom.com/wiki/Peace_of_Mind?oldid=409542"
Community content is available under CC-BY-SA unless otherwise noted.