Edit
watch 01:40
The Sandman Will Keep You Awake - The Loop
Do you like this video?
Play Sound

Sam and Dean look to occult lore for a solution to their latest problem, but instead of a resolution, they find much more than either of them had anticipated.

Sam and Dean enter a pawn shop searching for the skull of Sarah Good, a witch killed during the Salem Witch Trials. The boys then accuse the shopkeeper of killing another hunter and when the latter tries to kill Sam, he is shot by Dean. They then end up packing up the huge collection of objects and take them to Lebanon.

In Lebanon, a group of kids run into Sam and Dean outside a bar. Max, one of the kids, tries to impress her crush by stealing the Impala which contains all of the enchanted objects and drives it to a nearby cabin.

At the bar, Sam discovers a mythical pearl that makes your heart's wishes come true. After realizing that their car is missing, Sam and Dean track down the party with all the objects. At the party, the ghost of John Wayne Gacy aka the Killer Clown is released from his cigar box and scares one of the teenagers. Luckily, the group of teenagers are saved by Sam and Dean who crash the party and get rid of the ghost but this is witnessed by the teens. The brothers explained the events to the shocked teens and the supernatural before having them keep the secret. The teens now understand what the brothers do and feeling guilty for their actions on letting the ghost loose, agree to the promise.

Back at the bunker, Dean uses the ancient Chinese treasure to make a wish but is surprised when both him and Sam are attacked by John Winchester who they apparently summoned from the year 2003. After talking to Sam and Dean, John is pleased by their actions over the years before he is happily reunited with Mary Winchester. Sam and John then have a heart-to-heart conversation where Sam breaks down and tells John that he loves him, something he never got to say earlier.

When they go into town, the Winchesters realize that nobody in town recognizes them, a fact that they find incredibly weird. They then run into a wanted poster of Dean and a video of an incredibly successful Sam lawyer who runs his own law firm. The boys then realize that it's a temporal paradox where the hunters versions of Sam and Dean would eventually become the ones in the wanted poster and the video.

Zachariah and Castiel then appear on Earth, angry about the fact that somebody's been messing with time. After facing off against Sam and Dean, Zachariah ends up dead and Castiel is expelled using the sigil.

Dean tells John about the temporal paradox and that without the events that transpired, including the release of Amara, Mary would eventually just fade away. John agrees to go back to 2003 to save Mary and his kids and after a heart-to-heart with Dean, the entire family enjoy one last meal together.

While cleaning dishes, Dean explains the repercussions of sending John to change the past because he says he's too old to know who the other Dean is. As Sam prepares to destroy the pearl, John and Mary share one last kiss and hold hands as John tells his boys to take care of each other and that he's very proud of them. Sam crushes the pearl and John goes back to 2003.

The boys share an emotional moment with their mom, now outside of the temporal paradox. They reunite with Castiel, ignorant of the paradox, who calmly asks "What happened?" Things have returned to normal in Lebanon as the teens remember Sam and Dean, the wanted posters of Dean have disappeared, and the destruction caused by the angels has been erased.

John wakes up in his car in 2003, as he is called by the Dean of that year and tells him about his dream. He tells Dean that he'll be back and hangs up. John briefly reflects on his "dream" before cracking a smile at the events. 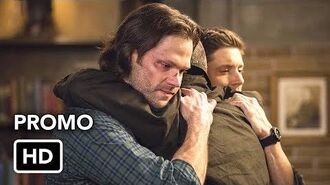 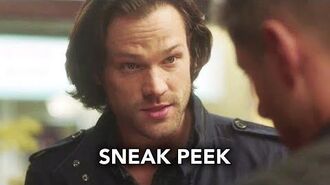 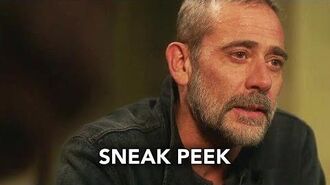 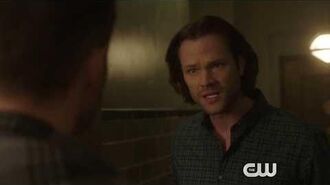