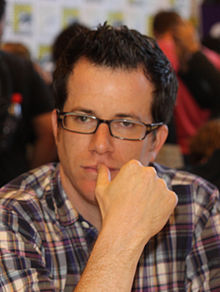 Jeremy Carver is an American television writer and producer. He began work on Supernatural as a writer and story editor in Season 3. He later became a co-producer in Season 5, before leaving the series, to develop Syfy's Being Human. Beginning with Season 8, Carver returned to Supernatural as co-showrunner with Robert Singer after Sera Gamble departed to work on new projects. After Season 11, Carver stepped down from his role as show runner, leaving the seat to Andrew Dabb. However, Carver remained credited as an executive producer until the end of Season 13.

Retrieved from "https://supernatural.fandom.com/wiki/Jeremy_Carver?oldid=342244"
Community content is available under CC-BY-SA unless otherwise noted.