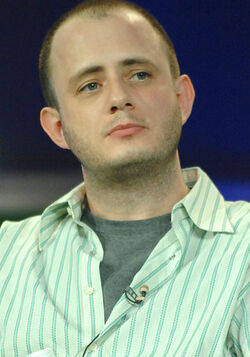 Eric Kripke (born April 24, 1974) is an American television writer, director, and producer. He is the creator of the Supernatural series.

Kripke currently serves as Executive Consultant, after serving as the show's primary showrunner for the first five seasons, of which he was noted for creating a uniquely detailed five-year plan.

After Season 5, Kripke stepped down as show runner and was replaced with Sera Gamble. He then went on to create a new series, Revolution. Kripke previously worked on the short-lived series Tarzan and has also written and co-produced the movie Boogeyman.

Retrieved from "https://supernatural.fandom.com/wiki/Eric_Kripke?oldid=364970"
Community content is available under CC-BY-SA unless otherwise noted.