View source
watch 01:44
'Supernatural' Lore: Deities
Do you like this video?
Play Sound

Deities better known simply as Gods or Pagan/Old Gods, are a race of immortal supernatural entities, with each being a prime authority in the religion or pantheon that they established or belonged to. Despite having a role in the human ancient religions and possessing free will, the plurality of them are cruel, petty, uncaring, and only concerned with themselves and their survival. Some of them are neutral or indifferent to humans, and a handful of them have even been shown to be acting in accordance to the well being of humanity (like Prometheus), but most who appeared so far were evil. Many of them were known to have a taste for human flesh and were confirmed to use humans as a food source, as well as accepting offerings like virgin sacrifices. Kali claims that there are billions of deites.[1]

Pagan deities are also one of the less recurring supernatural creatures in Supernatural franchise.

It was revealed by Fortuna that God himself made the deities to take the blame for problems and tragedies on Earth and because they made for epic stories.

According to Fortuna, at some point after humanity beheld creation, they began to worship aspects of nature like the sun, the womb, the rain and the stars. This initially angered God as it prevented humans from seeing his supposed beneficence. However, God later created the pagan deities to take blame for misfortunes of humanity, and to create stories surrounding them. Eventually, God grew tired of and abandoned them due to his ego. Many of the pagan gods eventually forgot the truth of their origins.

In another point of History, Prometheus brought fire down from Olympus and gave it to mankind, to improve their lives and provide them protection from monsters.

Over time, they formed their own collective pantheons and religions amongst the humans, which attracted many followers across the Earth. These deities were worshipped for centuries, and in some cases, millennia. Through the tributes they received, the deities became immensely powerful, as Sam once described them as being "just short of invincible" at their prime days.

However, the majority of them lost at least a significant portion of their followers when the Abrahamic faiths arrived. Thus, the deities were left without worshippers, forcing them to rely on taking sacrifices by themselves, which significantly weakened many of them. Nowadays, most pagan deities are scattered across the world and surviving underground or in disguise, either by single worshippers and minor cults (like Moloch, Vesta and Fenrir), or by simply murdering people to feed themselves and increase their powers (Veritas, Calliope and Chronos)

Many are as old as the oldest civilizations of mankind, like Anansi, Osiris and Cacao, and there have been multiple generations of gods sired by other gods, like Artemis (fathered by Zeus), Loki (fathered by Odin), Fenrir, Sleipnir, and Narfi (fathered by Loki), Oliver (a very recent example, fathered by Prometheus with a mortal woman) and Anubis (fathered by Osiris). According to Kali, there are "billions" of pagan deities.

It is unknown if Deities have a soul, it is also never stated to where do deities go after they die, as they are neither monsters (who go to Purgatory) nor angels or demons (who go to the Empty after their deaths).

Despite numerous deities appearing in Supernatural, the most predominant deity in the show is the one that serves as the center icon of the Abrahamic religions (Judaism, Christianity, Islam[2]), who is referred to simply as God, whose nigh-infinite power is independent of his worshipers, a trait that his sister, the Darkness, and his children, the Archangels, also hold.

Pagan deities often masquerade as normal humans. However, many of them have true forms that are more monstrous than human, similar to angels and demons. Madge and Edward Carrigan's true faces were akin to decomposing or demonic faces. Kali's true form had blue skin, fangs, and multiple pairs of arms and hands. Some deities possess animalistic features. Veritas had a feline true form. Ganesh had the ability to turn completely into an elephant and had the head of an elephant in his true form. Norse demigods like Sleipnir and Fenrir had animalistic astral projections of their true forms. Still, other deities take on shapes other than beastly or humanoid forms, and others may not even bother or need to hide their true appearance. The Vanir that Sam and Dean encountered was possessing an inanimate object in the form of a scarecrow, and was residing in or may have been his actual sacred tree, and Moloch kept his monstrous, goat-headed real form as he was already being hidden by the Bishop Family.

As pagan deities, they are mighty beings with many magical powers, but there are numerous differences between them, which go from their age to their abilities. They may also hold differing stances on certain events, and they may be sectarian and be against other beliefs and religions, including rebelling against their own pantheon's beliefs like Prometheus, who defied Zeus and became persona non grata among the Greek gods. Many of them are arrogant and tyrannical, and see themselves as all-powerful supreme beings.

The majority of them also look down on humans, seeing them as only food, subjects, entertainment or sacrifices to boost their magical powers (like Chronos' time travel ability). Some even openly attack humans simply for their own amusement and have shown sadistic pleasure in harming, torturing, and killing humans (like Osiris and Zeus). Besides Prometheus, Artemis, and Anubis, no deity so far has ever shown any opposition to harming, killing or manipulating humans.

Many deities have preferences for virgins, as was the case with Vesta, Mr. Vili, and some of the deities that convened with Kali.

They also do not hold much loyalty to each other (except for perhaps other deities from the same pantheon) and seem to have as much hostility toward each other as they do with humans. Lucifer even points this out against Mercury. Normally, a deity's main interest is looking after themselves, and some have been known to betray other deities as soon as they received a better offer. Because of a trivial grudge against Kali, Mercury called up Lucifer and tried to sell the Winchesters and the other deities at the Elysian Fields Hotel in exchange for mercy, but Lucifer outwardly shows his profound disgust for pagan gods, pointing their hubris and their total lack of loyalty to one another, calling them petty and worse than humans or demons. Lucifer then snaps Mercury's neck, killing him and almost every other deity in the hotel with ease. Likewise, Baldur congratulates many deities for being able to put aside their differences when they meet to discuss the Apocalypse.

Another important thing for deities is to carry out rituals and ceremonies, and many of them continue to follow pre-set ones, regardless of the number of worshipers they have left. Edward and Madge Carrigan followed a strict sacrificial ritual before killing their victims, and Cacao only granted his immortality power to those who performed his ancient Mayan ritual first.

While talking about the Norse pantheon, Gabriel stated that they were unique and called them "god-begotten monsters" and "demigods", indicating that this pantheon, specifically, performed an extensive deity-monster interbreeding (which actually make sense, since in the Norse mythology there is an extremely thin and vague line between gods, giants and other monsters), though he ditched the latter title when explaining what he meant to the Winchesters.

Oddly enough, not all deities live as pagans forever, and some end up serving God's plans to mankind. Atropos said that she and her sisters, the Fates, were given their jobs by God, and Oblivion was tasked by Heaven to erase memories of specific humans who have seen anything related to the supernatural and the Apocalypse. Anubis is another deity that works with Heaven, serving as a judge by measuring the souls of the dead on which goes to Heaven or Hell, covering for God who used to be the original judge of souls before he left Heaven.

Aside from the commonly known pagan deities, there are beings that have or have had statuses, abilities and/or titles similar to those of deities:

As pagan deities, they are quite powerful, and some of them are powerful enough to be classified as higher beings. Unlike demons, angels, and all other supernatural species, the abilities of the deities vary between each other. Normally, it depends on each type of deity and how old and powerful they are. They also gain power through sacrifices, particularly blood and human sacrifices.

While each deity has unique magical powers, they do share certain powers and attributes. It is certain that they (or at least most of them) are more powerful than monsters, spirits and (at least most) demons. Some deities even possess powers beyond angels', with a few of pagan deities capable of magic affecting even archangels. For example, Atropos and her sisters had enough power to threaten an enhanced Seraph like Castiel to a stalemate. Kali cast a blood spell on the archangel Gabriel to bind him to her, and, much later, Loki's demigod children captured the same archangel with their own magic.

Due to these variations, the following list is split into standard powers which they all have, similar powers, which some have, and unique powers:

Though they are powerful beings, deities can be killed by a variety of methods:

As well as standard deities, there are also subspecies of deities, who fall into these categories:

Pagan Deities are the fifth most recurring supernatural creatures in the series, appearing in a total of 17 episodes. 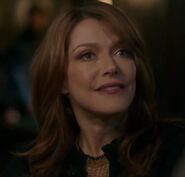 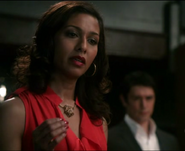 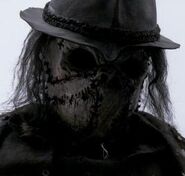