Dean and Sam investigate a bizarre murder and realize the killer bears the same tattoo as those from the Styne family. Eldon Styne (guest star David Hoflin) attacks Dean and a brutal fight ensues. Meanwhile, Castiel acts as referee when Charlie (guest star Felicia Day) and Rowena (guest star Ruth Connell) are forced to work together on the Book of the Damned. Crowley discovers his mother is missing and knows she's up to something so he turns to an old enemy for help.

In Omaha, a young woman arrives for what she believes is a research study on eyesight. However, Eldon Styne has plans to harvest her eyes. When Eldon attempts to kiss the woman, she is not receptive and begins screaming for help. The screams catch the attention of the janitor working on the floor, forcing Eldon to quickly kill her and make his escape by jumping out of the third story window, but not before being spotted by the janitor.

Sam is getting desperate as he realizes the Mark is continuing to affect Dean. At the abandoned distillery, he expresses his frustration to Rowena that she has so far failed to decipher the Book of the Damned, but she claims that she is stymied because Nadia's Codex is encoded.

In Shreveport, Louisiana, the head of the Styne family—Monroe Styne—rebukes Eldon for leaving a witness and nearly being caught in the process of a harvest. He tells Eldon he must make reparation by retrieving the Book of the Damned and killing the Winchesters. After Eldon leaves, Eli Styne questions the wisdom of sending Eldon on the mission. Monroe reminds Eli that he is no better because he let Charlie escape, and that he should find her and keep an eye on Eldon.

At the Bunker, Sam returns to a curious Dean who wonders where he has been. When Sam is not forthcoming with truthfully answering Dean's questions, he quickly changes the subject by asking what Dean has been up to. Dean tells him he's been looking into the Styne family but has not been able to find records beyond 200 years ago. The murder of the woman whose eyes were removed has caught his eye – mainly because the killer escaped unharmed after jumping from a third story window.

Sam agrees that they should investigate the case the next day. That night, he sneaks out to meet Charlie and plead for her help in decoding the Codex. He confesses that he didn't destroy the Book of the Damned because he sees it as their only remaining chance to save Dean. Charlie agrees, although she is reluctant to do so behind Dean's back and to work alongside Rowena. Sam takes Charlie to where Rowena is working and has Castiel come to watch over them. Castiel advises Sam that not telling Dean what they are doing is a bad idea, but Sam insists Dean has given up, that he would try to talk Sam out of doing this, and that this is the only way to save him.

At the scene of the murder, Sam and Dean review security footage with the building manager, and Sam spots the Styne family crest tattooed on Eldon's wrist. Charlie tries to call Sam but he ignores the call. After the Winchesters leave, Eldon arrives and demands to know what the manager told them. He insists he didn't reveal anything, but Eldon kills him anyway.

At the distillery, Rowena taunts Charlie about her inexperience. She describes Sister Agnes, the nun who wrote the Book of the Damned. She wanted to remove curses and she based her work on the principle that to cure one curse, you had to inflict another one. She was eventually burned alive by the church as a heretic. Rowena tells Charlie what she can intuit about Charlie just by looking at her, and she is accurate. Rowena says there are parallels between the two women and proceeds to list them: they both had difficult and lonely childhoods, had absent parents, look to themselves for direction, are outside the mainstream, and "sexually progressive."  Rowena derides Charlie's devotion to the Winchesters. Charlie rejects any similarity between herself and the witch and states that Sam and Dean are her family. Rowena warns Charlie that her loyalty to them will be her downfall.

As Dean and Sam return to the Bunker, Dean tells Sam he's glad that at least the Book of the Damned is beyond the reach of the Stynes – still believing Sam burned it. The Winchesters do not notice Eldon Styne following them. Rowena and Charlie continue to argue and not cooperate on their common task, which prompts Castiel to call Sam and urge him to come over and take control of the situation. However, Dean answers the phone. Castiel lies, badly, about why he is calling. Dean confronts Sam about what Castiel is up to, but Sam denies knowing anything. Dean doesn't challenge him further, and decides to go out to buy pizza.

At Crowley's Lair, Crowley questions the hamster Olivette for any dirt on Rowena. Olivette reveals that Rowena had a demon lover, and when Crowley asks if she knows anything else, Olivette reveals one more bit of information on a person for which Crowley sends a minion out to search for.

As Dean leaves the pizza place, Eldon and a henchman attack him. Despite being outnumbered, Dean takes them out and then captures Eldon. Back at the Bunker, Dean chains up Eldon, and he and Sam interrogate him. Eldon boasts about the Styne dynasty, and how they have been profiting out of causing societal chaos for 1,000 years, although he admits that their power has diminished since the Book of the Damned was stolen 80 years ago. Sam leaves to take a call from Cass who warns him that Charlie wants to leave to escape Rowena's toxic presence and concentrate on decoding the Codex on her own. Meanwhile, Eldon tells Dean about his family's work in bioengineering and surgical enhancement, finally revealing the provenance of the family name – Frankenstein.

As Dean prepares to torture Eldon, he agrees to talk in exchange for the Book of the Damned. Dean tells him it was burned, but Eldon tells Dean that it's impossible to destroy the book because it is protected and warded by powerful magic. When Dean leaves the room to confront Sam regarding this, Eldon rips off his own arm and escapes.

As Cass takes Rowena into another room to allow Charlie time to work in peace, Cass realizes that Charlie has left the distillery, and is working on the Codex in a motel, which she finally manages to decode. However, Eli Styne has managed to track her and calls Eldon who goes to meet him. Dean tries to track the blood trail Eldon's arm stump left behind but loses him and then confronts Sam about lying to him about burning the Book of the Damned. Just then, Cass calls again to tell them that Charlie is gone. Dean is furious that Sam has involved Charlie. She calls as Eldon Styne is pounding on her door, and she locks herself in her motel room bathroom. Dean implores her to hand over her notes to Eldon, to give him whatever he wants, but she tells him she can't do that and uploads, then emails, the deciphered code to Sam instead. As Eldon finally breaks down the door, she smashes her computer tablet on the sink and draws her knife to confront Eldon.

When the Winchesters arrive at the motel, they find the room wrecked from a violent fight, and Charlie dead in the bathtub. 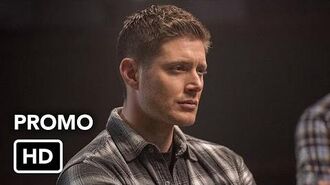