The e-mails, voice mails; everything. See, people think that stuff just gets erased, but it doesn't. You'd be surprised at how much of yourself is just floating out there, waiting to be plucked. You're all so connected. But you've never been so alone.Clark to Sam

Clark Adams was a Crocotta posing as an employee of the Ohio Phone Co. in Milan, OH.

Used to be I'd... I'd hide in the woods for days, weeks, whispering to people. Trying to draw 'em out into the night. But they had community, they all looked out after each other. I'd be lucky to eat maybe one, two souls a year. But now, when I'm hungry, I simply make a phone call.Clark Adams

Sam and Dean encountered Clark Adams while investigating deaths related to unusual phone calls, where the callers claimed to be the deceased loved ones of the call recipients. One call was even from John Winchester to Dean. Clark was the phone company supervisor, and he took them to tech Stewie Meyers, who helped them trace a suspicious number. Research later showed that the calls were coming from a crocotta. Based on its characteristics, Sam suspected it was Stewie. He went to the phone company basement and physically confronted Stewie, who was genuinely terrified. Sam was then hit over the head from behind by Clark. He tied up Sam and Stewie, then stabbed the tech and devoured his soul while Sam watched.

Clark explained to Sam that he used to have to wait in the woods and whisper to his victims for weeks before drawing them close enough; he was only eating one or two souls a year. But he'd found that with technology, he simply had to make a phone call. The reason was because while every one was so much more connected, they were never more alone. He made another phone call to set a grieving father on Dean, and at the same time tricked Dean into believing the man was the demon who held the contract to his crossroads deal; he counted on at least one of them dying when they confronted. He then tried to stab Sam, but Sam got loose and after a fierce struggle, pushed Clark into a piece of metal protruding from a wall, killing him.

Being a Crocotta, Clark possessed the powers of one. 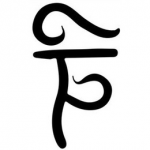 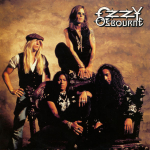