Dean is surprised when he checks Bobby's cell phone and hears a message that says Bobby or his next of kin have been named as a beneficiary in an heiress' will. Hoping that means extra money, Dean talks Sam into hitting the road to claim their fortune. However, what they encounter at the house is far from a treasure chest.

A butler, Phillip, spoke to maids, telling them to get clothes ready to bury Bunny LaCroix in. One of the maids, Colette, tried on Bunny's pearls, and was confronted by the dead Bunny. Terrified, she ran from Bunny, and fell over the railing to her death. Phillip, horrified, asks Bunny, "What have you done?"

Dean and Sam discuss the lack of cases, so Dean suggested that they respond to a call on Bobby's phone, and go to Connecticut about an heiress, Bunny LaCroix, who has just died. Bobby, or his closest relative, were being requested. The boys went to Bunny's home, meeting her extended family, just after the funeral. Heddy LaCroix, Bunny's cousin, introduced them to the family, while hitting on them.

The butler gave the boys an envelope, telling them that they didn't need to stay for the reading of the will. The envelope contained a bejeweled cross pendant. At a pawn shop, they are told that the jewels aren't real, but shown that the cross contains a key.

Bunny's late husband, Lance, beheaded Stanton, Bunny's brother. Stanton's "child bride", Amber, witnessed this, and claimed that it was the ghost of Lance. This prompted a murder investigation, and when the boys return, they are told that they are suspects, and forbidden from leaving the house.

Dean went to look at the scene of the murder, and noticed a book with a symbol matching the cross pendant. When he pulled the book out, a keyhole appeared, which the pendant fit into. A hidden room opened up, where Dean immediately picked up a lead pipe and a rope. He went further into the room, discovering a half eaten sandwich and stuffed dog, before seeing the maid Olivia. Olivia said that she was locked in by Phillip, because she saw Bunny's ghost kill Colette, and refused to lie about seeing it.

Dean told Sam about what he had found, that he thought they were dealing with two vengeful spirits, and that the butler was covering for them. Sam went to investigate more of the mansion, and was propositioned by Beverly, before picking up a knife. Dean, off to question Phillip, armed himself with a wrench. Phillip told him he only hid the body so that Colette's death wouldn't steal Bunny's thunder. Dean received a text from Sam, saying he had found Phillip dead. Dean realized something was wrong, since he was talking to Phillip. Phillip threw Dean into a wall, and when Dean got back up, he saw the remains of a shapeshifter, and called Sam.

Dean and Sam were looking at the butler's dead body, with a knife in his back, when Olivia walked in and screamed. Sam convinced her to calm down, and help them. She showed them the silverware, and asked why they needed it. Sam gave her a silver knife, and when she didn't react, Sam and Dean each took one.

Sam went to Beverly and Heddy, and flirting with them, to get close. When they touched the silver, nothing happened. Dean grabbed a nearby candlestick, for a makeshift weapon, and found Amber and Dash, kissing in a closet, and ordered them to touch the silver. They didn't respond to it, so Dean told them that their secret was safe with him. Everyone was together when they found the policeman's body drowned in the toilet. Dash pulled a gun on the Winchesters, and locked them in a study. When they tried to break out of the room, they discovered that the silver knife was fake.

The remaining family gathered in the library, and Olivia entered, saying "Don't you know that if it's not the butler, it's the maid?". Sam and Dean watched this on the security cameras from the study, realizing they've been played. Olivia tells them that she was not the maid, she was Bunny's daughter, and she had been locked up in the attic all of this time which is why nobody knew. She explains Phillip was the only person besides Bunny who knew about her and had let her out of pity, and suggested that she pose as the new maid to hide in plain sight. Amber asked if she killed Colette for her job but Olivia explained that she had found Colette stealing, and her death had been an accident. She states her desire to kill them is because of their petty greed and their blatant disrespect for her mother. Dash then asked why she killed Philip if he was on her side, as she explains after killing Stanton this led to Phillip locking her away again, which was why she killed him after Dean let her out.

The family are horrified at her actions as Olivia prepares to kill them but Sam breaks out as she fires at him. Olivia stalked Sam, saying that killing him was the next best thing to killing Bobby Singer. Bobby had killed her father, a shifter. Bunny plead for Olivia's life, and Bobby agreed, only if she kept her locked up. Dean had gotten to the silver bullets in the car, and came in and shot Olivia. Olivia, clearly dead, fell to the ground, and Dean shot her 7 more times.

As Sam and Dean prepared to leave, Dash told them that Bunny had left everything to Olivia. Dean gave Dash the pendant, and explained that it was a key to the attic.

In the Impala, Sam asked Dean if the Mark of Cain was why he took so many extra shots at Olivia. Dean denied it, and turned the music up, to prevent further discussion. 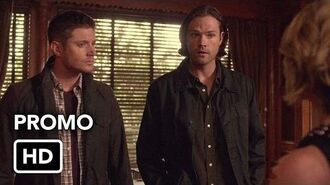