Do You Believe In Miracles?

A Very Special Supernatural Special is a special documentary-style episode looking back on the first nine seasons of Supernatural. It aired between the season 9 finale, Do You Believe In Miracles?, and the season 10 premiere, Black, on October 6, 2014.

A behind-the-scenes look at the first nine seasons; interviews with the cast and crew; a look at season ten. 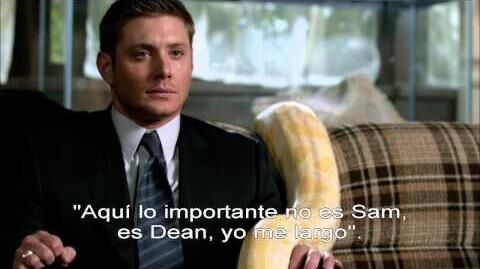 Retrieved from "https://supernatural.fandom.com/wiki/A_Very_Special_Supernatural_Special?oldid=407585"
Community content is available under CC-BY-SA unless otherwise noted.